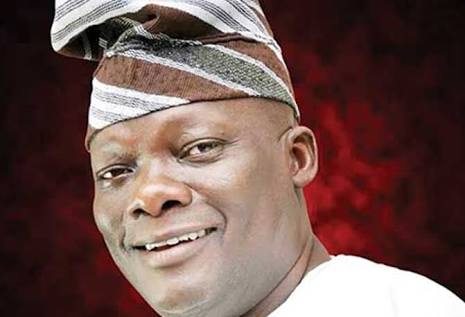 An Oyo State-based socio-political group, Oyo Kajola Group (OKG), has flayed the Senator representing Oyo Central Senatorial District, Senator Teslim Folarin for claiming in an address to his party loyalists that the All Progressives Congress (APC) has set two traps for the government of Oyo State, Engineer Seyi Makinde, which according to him it cannot escape.

The OKG, in a statement by its Media Coordinator, Mr. Adebayo Ayandele, on Thursday, said that the statement credited to the Senator has exposed the evil intention of the APC, its members and that of the Senator in question.

“By that statement, we are left in no doubt that the APC has the sinister motive of seizing power at all cost through the Court, an intention which has no basis and will fail woefully,” the OKG said.

The group maintained that whatever trap has been set to derail good governance, which the Makinde administration has been delivering in the state, would hit the rocks because the Governor was massively elected by Oyo State people and has continued to endear himself to them through policies and programmes that are already yielding fruits.

The statement noted that Folarin’s assertion, contained in a video clip, was a timely revelation that forces of darkness in the APC were hellbent on destabilizing the government of Makinde.

It warned that any plan to entrap the people Oyo State with fraudulent Court judgment and foist on the people an already rejected candidate would contend with stiff opposition and the wrath of the people.

The group warned the APC leaders, especially Folarin, to perish the thoughts of stealing the popular mandate given to Makinde, because according to the OKG, it will remain a pipedream that can never materialize.

“Before such APC leaders go about deceiving innocent persons, they, including Folarin would need to explain their roles in the failed Moniya-Ijaiye-Iseyin road contract on which N2billion of Oyo State tax payers’ money was wasted without a tangible result,” the group said.

According to the Oyo Kajola Group, Folarin’s statement was unguarded and irresponsible, adding that the Senator’s insistence that “they could not allow another party except the APC to govern Oyo State,” came a few weeks after the trio of former Governors Adebayo Alao-Akala, Abiola Ajimobi and Folarin had a meeting in Abuja.

“We in the Oyo Kajola Group and by extension the people of Oyo state were not surprised by Senator Folarin’s statement. Indeed, no resident of Oyo State expects decorum or finesse from Folarin, because of his known political history. What no one expected was that he would, like a palm wine drinker, openly seek to truncate the wishes generally expressed by the people of Oyo State durin the March 9, election.

“We believe that Folarin’s unguarded moment was God’s way of exposing APC’s plan to derail the government of Oyo State and deny the people of the good governance they are already enjoying under Governor Makinde.”

The group queried the real reason behind Folarin’s outburst, wondering if he was reacting to Makinde’s actions in exposing the rot left behind by his cousin, Senator Ajimobi or protecting his own interest, saying: “But before Folarin and his evil traps setters in the APC continue in their doomed voyage, which will ultimately consume them and be the beginning of the end for them politically, we would like the Senator to explain what he knows about the Moniya-Ijaiye-Iseyin road contract awarded to Oladiran Trades and paid N2 billion mobilization funds.

“It would interest the public to know that Governor Seyi Makinde had, after revoking the contract from the incompetent contractor supported by the APC leaders, seized the contractor’s Advance Payment Guarantee (APG) and recovered N1billion to the coffers of the state.

“We are certain that the anger of the clique of trap-setters is mainly against the insistence of Governor Makinde that their failed company must refund the people’s money illegally appropriated.

“To come clean, the trap-setting senator should tell Oyo State people what transpired on the project.

“From information available to us, we know that Governor Makinde, after revoking the failed Moniya/Ijaiye/Iseyin road contract, gave a directive that Oyo State’s money should be retrieved from the contractor. We also know that experts from the Oyo State Ministry of Works evaluated the works done by the failed contractor and valued the work at N850 million, leaving about N1.150 billion hanging in the pockets of the contractor.

“We are not at a loss as to the fact that the Governor’s insistence that the last kobo of Oyo State’s money spent on the contract must be retrieved has greatly unsettled some politicians who benefitted from the N2 billion largesse. Could Senator Folarin be one of those beneficiaries? Is he upset that Makinde uncovered traps to siphon Oyo State’s money and blocked them? The senator really has to explain the reason for his venom-laden statements contained in the video.

The group said: “Of a truth, prior to Folarin’s video, we had gathered that a number of disgruntled politicians of the APC have been holding nocturnal meetings to unfold sinister motives and plots against the people of Oyo State and democratic governance.

“Therefore, we want to categorically state that any plan to entrap the people Oyo State with fraudulent Court judgment and foist on them a rejected candidate, would be met with stiff opposition and the full wrath of the people.

“We are using this opportunity to serve a timely notice to President Muhammadu Buhari, well-meaning Nigerians and the international community that some APC leaders in Oyo State, with backing from some desperate politicians in the South-West, have perfected plans to use their corrupt contacts in the nation’s Judiciary to rape democracy and frustrate the wishes of the majority of Oyo State people as expressed on March 9, 2019 when they elected Governor Seyi Makinde with over 515,000 votes.

“These individuals, who are already shopping for Supreme Court justices that will allegedly do their evil bidding, are leveraging on the APC’s control of the Federal Government and all the security apparatus in their bid to subvert the will of Oyo State people. But the people are more than prepared for them and would match them in action and reaction if they won’t desist from the evil plot.”