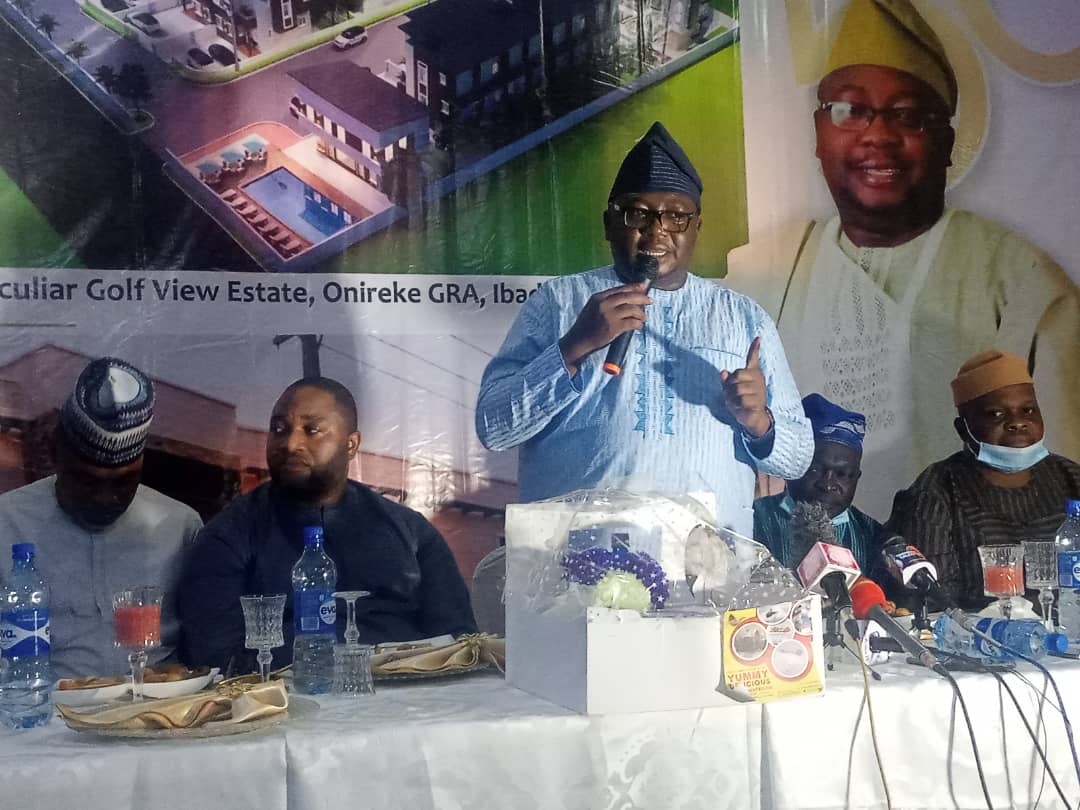 The All Progressives Congress (APC) governorship candidate in the 2019 general election, Chief Adebayo Adelabu popularly called ‘Penkelemes’ has said that the current governor, Engr Seyi Makinde would not have been able to defeat him in the 2019 guber election without the coalition.

Adelabu made this known in Ibadan on Thursday 24th Sept, 2020 while hosting journalists in the state to a lunch in commemoration of his 50th birthday which comes up on 28th of September stressing that Makinde and the Peoples Democratic Party in the state would not have been able to poll 100,000 (one hundred thousand) votes to defeat the APC.

The former Central Bank of Nigeria (CBN) Deputy Governor explained that the 2019 governorship election victory was not a Seyi Makinde’s victory but a mere contribution of votes from various political parties that formed the coalition to help the Peoples Democratic Party (PDP) candidate emerged as the winner.

He noted that after taking time to analyze all factors that played out prior to the 2019 election, he came to a conclusion that if votes of coalition parties were subtracted from the PDP’s vote, there was no way PDP would have been near 2nd in position.

Chief Adelabu stated that the coast is now clear for him to unseat governor Makinde as the governor come 2023 stressing that he is better prepared and more experienced than he was prior to the 2019 governorship election.

He explained that if all political parties had gone into the election with individual party candidates, governor Seyi Makinde would not have come closer than 3rd or 4th position stressing that APC would have won with landslide victory.

He further explained that philanthropy should not be used as parameters for electing who becomes the governor of the state adding that he has done more in alleviating the suffering of the masses more than governor Makinde despite not being in government because he believes in ‘teaching people how to fish than just giving them fish’ which he has been done and still doing by gainfully employing Oyo state people into his various business establishments.

The APC Chieftain however vowed to deploy his wealth of experience and the unity that now pervades the Oyo state chapter of the APC following the successful reconciliation among its aggrieved members to unseat the governor and dethrone the ruling party come 2023.