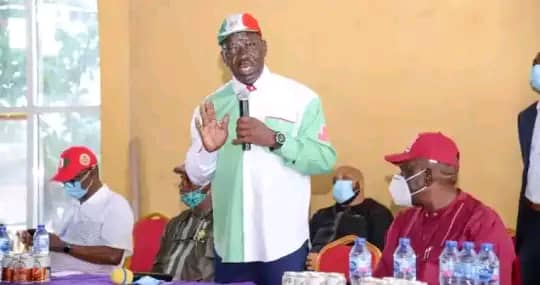 Charles Idahosa, a former commissioner for information in Edo state and a chieftain of the Peoples Democratic Party (PDP), has given details about the crisis rocking the state chapter of the party.

In an interview with Vanguard, Charles Idahosa faulted the petition written by the chairman of the party in the state, Anthony Aziegbemi, to the national chairman, Uche Secondus, to stop Governor Godwin Obaseki from dissolving the state executive.

It was however, gathered that the party chieftain said it is rather unfortunate that the state chairman of the PDP, who was present at the meeting of the party, went back to call another meeting of his own group and narrated to them what they wanted to hear.

Idahosa said Aziegbemi didn’ t give them the true picture of what happened at the meeting. According to him, the chairman claimed they were only three at the meeting and that those who came with Obaseki were 10.

He said: “Both sides had equal representations at the meeting. 5 were from the other camp and five were with Governor Obaseki. The other 3 people that were there were what we call ‘ statutory members.

“These are the governor, deputy governor and secretary to the state government. They didn’ t come as members of any group. So, the 5 people that came from the old APC and the PDP people were equal.

“Unfortunately, Dan Orbih, the south- south national vice- chairman didn’ t turn up for the meeting. We knew he was in town.

“He knew that Chief Mike Oghiadomhe, former chief of staff to the president, Tom Ikimi, former minister of external affairs and former deputy governor of Edo for eight years has been completely ostracised.”

Speaking on the allegation that most APC members that defected to Peoples Democratic Party with Governor Obaseki have refused to register at their wards, Idahosa noted that when Governor Obaseki was in APC, he said if he was forced out of the party, he would follow him to any party he goes to.

Idahosa added that he followed Obaseki to PDP secretariat to pick his form, noting that the next day, he registered in his ward and the picture was everywhere.

He further stated that: “Since we joined PDP, we’ ve been having problems. All the people that came with us from APC are not holding any position. They said they already constituted their exco, what about our people that came? 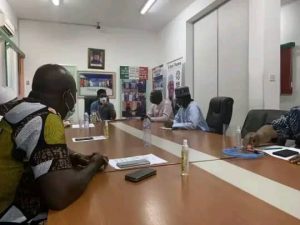 “No person that came with Governor Obaseki from APC to PDP can have any political ambition to be anything. That is why we are saying let’ s harmonise.”