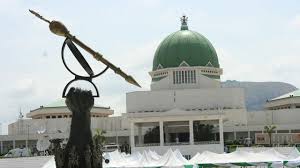 Following the public outcry by Nigerians over the appropriation of N37bn for the renovation of National Assembly Complex, the Senate has reacted by describing such outcry as misplaced and unwarranted, the public outcry against the leadership of the National Assembly over the proposed renovation of the nation’s parliament complex by the Federal Government at a cost of N37bn.

The acting Chairman, Senate Committee on Media and Public Affairs, Senator Godiya Akwashiki, who stated this in an interview with our correspondent in Abuja, said National Assembly leadership played no role either in the approval, the execution or the cost of the project.

Akwashiki explained to our correspondent on Tuesday that the President of the Senate, Ahmad Lawan, and the Speaker of the House of Representatives, Femi Gbajabiamila, did the right thing by informing President Muhammadu Buhari when the building was giving signs of an imminent collapse.

“The building is the property of the Federal Capital Development Authority. The N37bn budget for its renovation is not even part of the 2020 budget of the National Assembly.

“It is the responsibility of the leadership of the National Assembly to inform the President of the country about the state of the complex and the dangers that the dilapidated condition poses to users of the building.

“The Senate President and the Speaker of the House of Representatives have done what is expected of them by informing President of the country that the building was about to collapse.

“It is the function of the FCDA,  being owners of the complex, to invite experts and building technologists who will assess the condition of the building and come up with a realistic solution.

It is when they are convinced that the experts, based on their submissions, are capable of handling the project, that contracts would be awarded, following due process.

“They (FCDA management) will go through the public procurement process and ensure that the contractors are qualified to handle the job.

“No amount is going to the account of the National Assembly from the N37bn earmarked for the renovation of the complex.

“What then is the fault of the lawmakers or leadership of the National Assembly now? Is it because we allow the President to know that the building could collapse if not immediately fixed or what?

“Should we allow it to collapse to avoid public outcry?  If the building collapses God forbid, the President of the country and the general public would blame the National Assembly leadership and management for not raising the necessary alarm to prevent its occurrence.”

On the fact that many Nigerians have condemned the outrageous nature of the project cost, Akwashiki said, “It is the FCDA that knows what to do and how much it would cost to fix the deplorable condition of the building.

“It is the executive arm of government that initiates projects, sends experts to do the estimate in terms of amount and materials needed.

The President of the Senate,  had said penultimate week that Buhari was aware of the planned renovation of the National Assembly complex next year.

He had said that the N37bn was included in the 2020 budget of the Federal Capital Development Authority.

Lawan,  who spoke with journalists in Abuja at a news conference,  explained that the complex,  built about 20 years ago,  was in dilapidated condition.

The submissions of Lawan at the news conference generated reactions from members of the public.

Most commentators accused the federal lawmakers of not being sensitive to the plight of Nigerians by  approving such a huge sum to carry out the renovation of the complex.

I Will Pursue Accelerated Development Of Oyo – Atiba Caretaker Chairman.