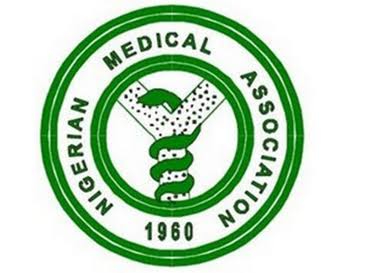 JUST IN: Resident Doctors To Sign MoU With FG As Court Orders Parties To Sheath Swords

The Nigerian Association of Resident Doctors, NARD, on Wednesday, agreed to sign a Memorandum of Understanding, MoU, with the Federal Government of Nigeria so as to suspend the strike action embarked upon since August 2.

The Association took the position at the resumed proceedings in the suit the Federal Government instituted against them at the National Industrial Court, NIC, in Abuja.

FG had threatened to invoke the no-work-no-pay policy against Resident Doctors in the country, following their refusal to return to their duty posts over alleged irregular payment of their salaries.

However, the court, in a ruling on August 23, ordered NARD, the Federal Ministry of Health and FG to suspend all forms of hostilities till Friday which it slated to hear the suit querying the legality of the strike action.

Justice John Targema made the order after he heard an ex-parte application that was brought against the striking doctors by FG.

FG had in the application, prayed the court to grant two interim injunctions against members of NARD in all the states of the federation, pending the determination of the suit marked NICN/ABJ/197/2021.

It specifically applied for: “An order of interlocutory injunction restraining members of the Defendant/Respondent in all states of the federation from further continuing with the industrial action embarked on the 2nd day of August 2021, contrary to section 41 of the Trade Dispute Act, pending the termination of the substantive suit.”

As well as, “An order of interlocutory injunction compelling all members of the Defendant/Respondent in all states of the federation to suspend the said industrial action commenced on the 2nd August 2021 and resume work immediately pending the determination of the substantive suit”.

FG contended that resident doctors embarked on the strike action, without proper notice as provided by the extant laws.

It argued that members of NARD, being of “essential services providers”, were prohibited by law from embarking on strike.

“The continued and sustained industrial action by the Defendant/Respondent is contrary to public policy and equally endangers the lives of the citizenry,” it added

Meanwhile, when the matter resumed on Wednesday, government lawyer, Tochukwu Maduka, disclosed that he had also initiated contempt proceedings against NARD for refusal of its members to suspend the strike.

“Despite the order of this court that all hostilities be suspended, the defendants who render essential services have refused to call off the strike,” he submitted.

On his part, counsel to the doctors, Mr Femi Falana, SAN, said he filed processes to ensure the stay of execution of the court’s order.

Though Falana challenged the jurisdiction of the NIC to hear the case, he said there was need for all the parties to return to the negotiation table, in line with order of the court for suspension of hostilities.

“We can resume today or even tomorrow if a decision is reached,” Falana added.

At this juncture, Justice Bashir Alkali, who presided over the matter on Wednesday, okayed a stand down, even as the disputing parties held a brief meeting within the courtroom, to reach a consensus.

Speaking with journalists at the end of the proceedings, counsel to FG disclosed that the resident doctors, through their lawyer, said they were ready to suspend the strike action.

“Counsel for the resident doctors approached us on behalf of his clients, indicating that they want the matter to be settled and that they are prepared to go back to work,” Maduka added.

Likewise, Falana, SAN, in his reaction, said: “We had consultations on both sides with our clients and with the lawyers of the government and we have agreed to come back on Friday to report the efforts we have made.

“There is an agreement that was not signed by our client. We have studied the agreement and we have advised our client that since there is a clause in it that nobody shall be penalized or sanctioned for participating in the industrial action.

“We believe that there should be no inhibition in signing the agreement, trusting that there would be good faith on the path of the government so that we can put this matter behind us”, he added.

Meantime, the matter was adjourned till Friday for possible report of settlement.

“Both parties should try and shift grounds so that the country can move forward,” Justice Alkali implored the parties.

If Two Yoruba States Couldn’t Manage LAUTECH Together, I Doubt Our Survival As A Nation – Dr Ayobami Lam-Adesina