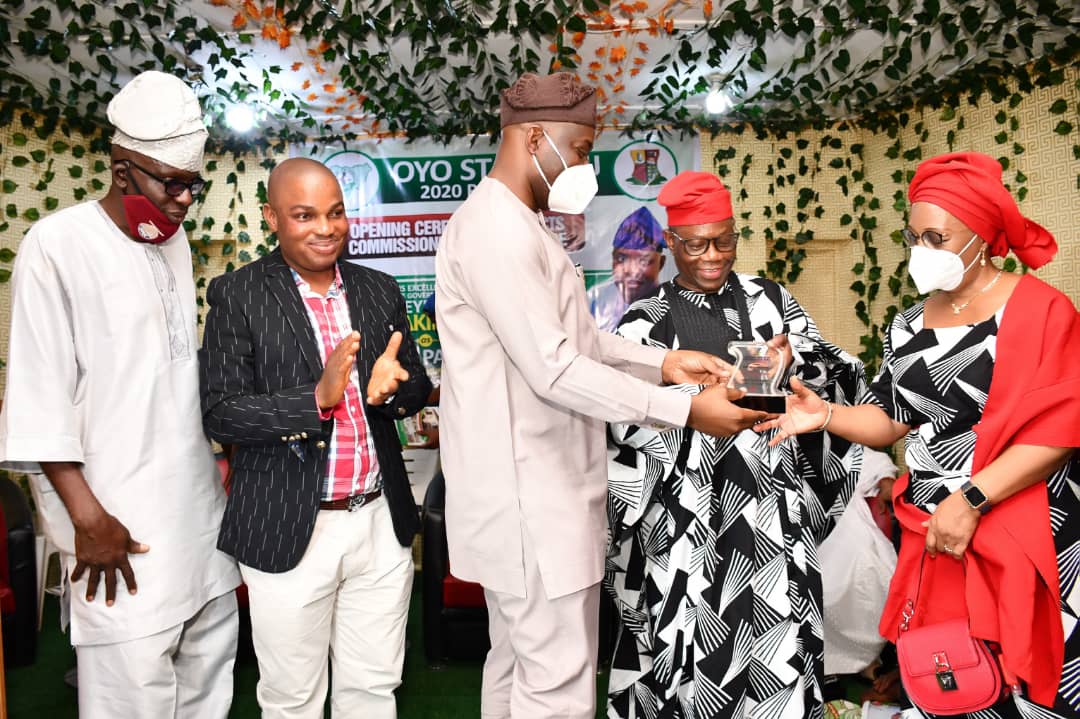 The senator representing Oyo south senatorial district, Senator Mohammed Kola Balogun was honoured by the Nigerian Union of Journalists (NUJ) Oyo state chapter, as the most media friendly senator from the Pacesetter’s state.

Senator Balogun, who was awarded as the most media friendly senator on Monday 30th November at the NUJ state Secretariat during NUJ press investiture at Iyaganku, Ibadan noted that the award means that people are quietly taking note of activities of public office holders.

The lawmaker while presenting his scorecard so far as a senator, explained that he has kept on working ceaseless since assumption of office to ensure that the people of Oyo south senatorial district are best served in ways that will enable them access all divideds of democracy. 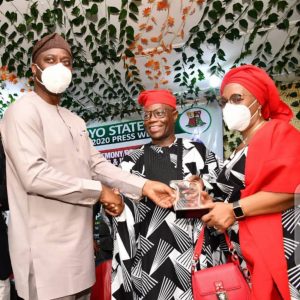 Senator Balogun maintained that even though the NUJ perceived the award as recognition of excellent performance on his part, he saw it as a clarion call to do more by providing efficient representation to his people at the red chambers of the National Assembly.

Speaking further, he explained that parts of the bills and motions he had presented and sponsored on the senate floor include Bill for an Act to develop a Decentralized System of Vigilantism Peculiar to every Local Community in Nigeria, Bill for an Act to alter the provisions of constitution of the Federal Republic of Nigeria, 1999 as (amended) to make provisions for periodic conduct of National Population and Housing Censors in Nigeria.

Other bills sponsored by Senator Balogun include but not limited to Bill for an Act to amend Health Act, 2014 to regulate Medical Treatment Abroad and for other matters connected therewith, 2020, National Primary Healthcare Development Agency Act Amendment Bill 2020 among others.

Senator Balogun who is one of the most vocal and vibrant voices at the red chambers noted that he has made immense contributions to motions by his colleagues such as revitalization of Textile Industry in Nigeria, need to increase budgetary spending on education, healthcare, power, road, and rail infrastructures as well as agriculture during the 2020 Appropriation bill debate.

He maintained that he and his other senators especially those in the same various senate committees with him have ensured effective use of oversight function as a tool to keep the federal government in check and to adequately keep the Nation abreast of executed and ongoing projects by the federal government.

Speaking over some of the projects he has executed to bring succour to his people at home, the senator stated that he has donated a 500KVA transformers to the six communities of Ibadan North East local government to facilitate regular electricity supply to residents in the areas.

He said that he had also ensured that members his senatorial district were adequately enlisted in all the federal government palliative measures meant to cushion the effect of COVID-19.

He however, maintained that despite all that he has done already, concerted efforts are in top gear to positively affect lives of his constituents across all areas of engagements.