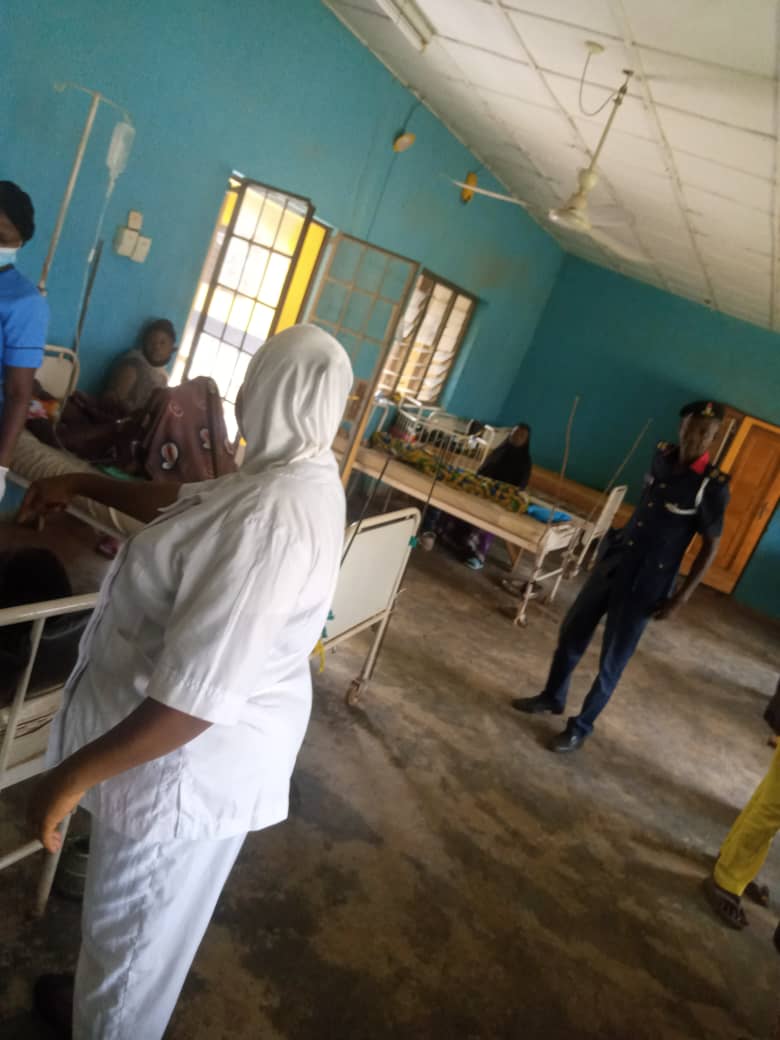 The Oyo State Command of the Nigerian Security and Civil Defence Corp (NSCDC) has confirmed that the dreaded Cholera disease which was hitherto contained by the state government sometime early last year has resurfaced in part of Oyo state leading to hospitalization of no fewer than 8 persons currently receiving medial attention.

Sunrisebulletin recalls that it was widely reported last year about an outbreak of Cholera disease in Lagelu Local Government Area leading to death of no fewer than 6 persons.

The State Government in its reaction through the ministry of health however, debunked the reports saying that there was no evidence of Cholera outbreak in Lagelu as widely reported.

The Assistant Commandant Shehu Ibn UMAR, who is the Head of Disaster Management of Oyo state NSCDC Command confirmed to Sunrisebulletin.com on Monday Sept. 20 that 8 persons are currently receiving medical attention at the General Hospital Kishi.

“On the 20th of September 2021 at about 0935hrs, our rescue team and nurses visited the General Hospital Kishi in order to know the extent at which the cholera epidemic have affected the populace.

“During the course of our investigation, the matron of the hospital in person of Mrs. Tijani Aminat informed us that patients are being brought daily for treatment of cholera.

“At the time of writing this report, eight patients are on admission and they are in stable condition.

“Our investigation further revealed that the causes of the disease include poor hygiene, open Defecation, and eating of contaminated foods.

“Our rescue team went to the local government to discuss with the ministry of health on the way forward while we continue to intensify sensitization for the importance of practicing proper hygiene and hygienic lifestyle.” Assistant Commandant Umar said.