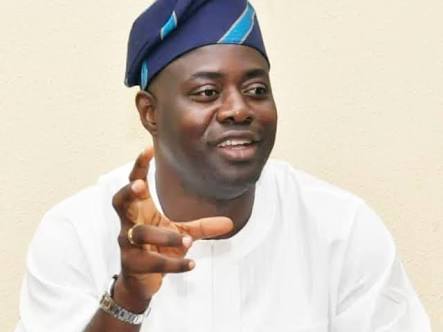 The Executive Chairman, Oyo state Mineral Development Agency, Mr Abiodun ONI, has said that his agency is fully committed to make the mining sector a goldmine for the state within a very near future.

He also explained that Oyo state Mineral Resources Development Agency will strengthen its partnership and collaboration with relevant agencies in the state to clamp down on illegal miners with a view to curtailing environmental degradation.

Mr Oni made this disclosure while speaking with journalists on Thursday at the state government house, Agodi, Ibadan, shortly after the Honourable Minister of Mines and Steel, Architect Olalekan Adegbite’s courtesy visit to the governor at the state house.

Mr Oni, who expressed sadness over the havoc caused the environment by activities of illegal miners in the state lamented that the challenge is not only peculiar to illegal miners alone adding that legal miners are also culpable.

He said that the provisions of state rights and responsibilities with regards to mining as contained in the exclusive list of the Nigerian constitution was another serious impediment the state has had to grapple with since only the federal government has the power to issue mining licenses.

He stressed that most miners do not care about the environment they had explored after mining leaving a badly degraded environment to the various communities which are in turn responsibilities of the state government.

He affirmed that the era of miners just coming into the state to mine and leave environments and communities degraded was no longer acceptable as the state government was already working with the legislative arm to review and amend existing laws to create a robust legal framework that will enable state government put an end to environmental degradation.

He explained that each state would better develop and grow economically at it’s pace if allowed to explore its mineral resources deposited under the ground of individual state noting that the situation of federal government controlling state mineral resources will continue to deny the state access to its wealth.

He described the minister’s visit as a ‘trip at the right time’, thanking him for adequately funding some important organs of the federal ministry in Ibadan which include the Zonal Mines Office, Zonal Office of the Nigerian Geological Survey Agency, and the recently established Nigerian Mining Cadaster Zonal Office.

Mr Oni also thanked the minister for reinstating funding of the Mineral Resources and Environmental Management Committee (MIREMCO), as well as provision of operational logistics for the MIREMCO.

Earlier, Mr Abiodun ONI, explained that the state government will henceforth commence enforcement of the community development agreement signed by miners in the state and ensure that strict compliance is adhered to.

He said: “it takes a while for a large cargo ship to take a quarter turn but once its turned it sails steadily in the right direction at a steady pace, that’s what we are doing.

“Because of the volume of work we are doing and our commitment to set the mining sector in the right direction, it may seem like its taking a while for manifestation of results but once we are done which we are very close to, the state will begin to enjoy the goldmine embedded in the sector but we will not do anything at the detriment of the people that’s why it looks like its taking a while.”