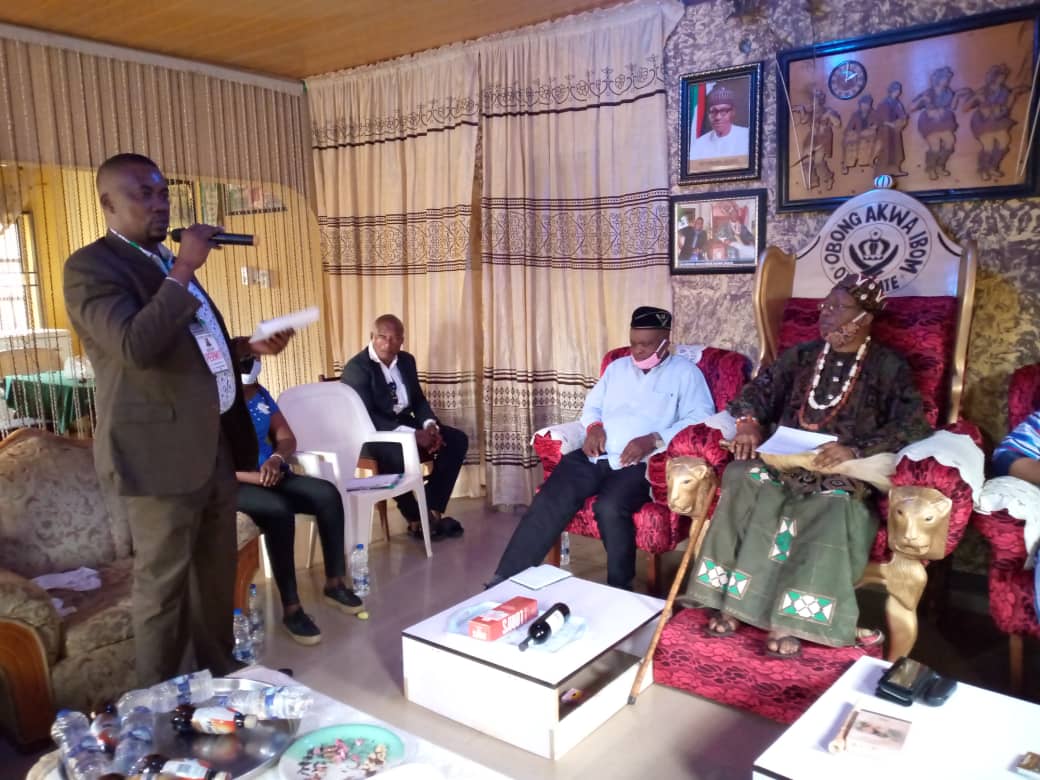 The government of Oyo state has expressed its acknowledgement of impacts and contributions of non indigenes resident in the state, and has affirmed that the state government will leverage on the cordial relationship between government and the non indigenes for economic gains.

The Special Assistant to the Executive Governor of Oyo state on Community Relations, Honourable Olufemi Josiah, made this disclosure while speaking exclusively with Sunrisebulletin.com last weekend in office at the state secretariat, Ibadan, after a weeklong tour of the state in visits to palaces of the Adi-Igede of Igede community from Benue state resident in Oyo state, Obong Iberedem of Akwa Ibom, and Ohaneze Ndigbo, Oyo state chapter.

Hon Josiah, said that the executive governor of Oyo state, Engr Seyi Makinde, was full of gratitude to leadership and communities of the non indigenes for their immense contribution to economic and socioeconomic development of the state particularly the role played during election periods.

He explained that the population strength of the non natives in the state is a great advantage for the state towards a sustainable economic development.

Hon Josiah stated that leadership of the various non indigenes he met with made several propositions to the state government including inclusiveness in government, empowerment and capacity building of non indigenes resident in the state for the purpose of achieving its agribusiness revolution agenda.

Earlier on, HRM Godwin Onda, Adi-Igede I, while addressing state government representatives led by Hon Josiah, stressed the vital roles played by the Igede nation domiciled in the state towards political, economic, and socioeconomic development of Oyo state, adding that Oyo state has become second home to many of its people.

According to the proposition sighted by Subrisebulletin.com correspondent, Henry Odeh, the king said that the decision by the Igede community resident in the state to fully support governor Makinde’s political ambition right from preelection period till date was born out of the conviction that Oyo state will be better off under the leadership of governor Makinde considering his success story in both private sector and philanthropic nature.

The king expressed satisfaction at governor Makinde’s approach to governance adding that governor Makinde has finally put an end to deprivation of rights and privileges in the state on grounds of ethnicity by running an all inclusive and open government but added that Igede community was yet to really benefit in the governor’s benevolence to non indigenes. He however expressed optimism that the governor will in no distant future consider the plight of the Igede community resident in the state considering its immense contributions to the development of Oyo state.

The king according to the letter, appealed to the governor for proper upgrading of its palace with necessary logistics and facilities to enable his palace perform its functions optimally.

Hon Josiah, stated that the propositions by leadership of the various non indigenes are legitimate and has been conveyed to the governor noting that a situation report capturing details of his tour was ready and would be presented to the governor any time.

The Special Assistant to governor Makinde said that the governor has built an unprecedented level of confidence in the minds of non indigenes with his leadership style and would continue to interface with leadership of various non indigenes in order to promote a robust and healthy economy.

He added that the state government is ready to deepen the relationship between the non indigenes resident in the state and government of the state with assurance that governor Makinde is committed to providing the enabling environment for businesses and investments to thrive.

He however urged leadership of various non indigenes in the state to mobilize their people to key into the state government agribusiness revolution stressing that opportunities abound without having to wait endlessly for political appointments from the government.

Oyo Deputy Governor Describes Senator Lalenhin As A Reliable And Dependable Man As He Wishes Him A Happy Birthday.