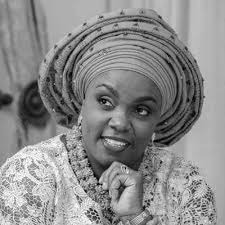 The wife of Oyo State Governor, Engineer Tamunominini Makinde has called on Nigerians to shun violence against Women and Girls as the year’s International Women’s Day is being celebrated.

Mrs Makinde, who spoke through the permanent secretary General Administration office, Mrs. Eyitayo gave the caution while Speaking at a special lecture organized by Oyo State College of Health science and Technology, Eleyele Ibadan, where she enjoined Woman and Girls to always speak out each time their rights are violated.

Mrs Makinde commended Oyo state college of Health Science and Technology for Organising the lecture aimed at celebrating Women folk in the society.

Earlier, the provost of the Oyo State College of Health science and Technology, Mr Siji Ganiyu during a procession against CORONA VIRUS to mark the international women’s day stressed the need for the people to imbibe hygienic culture in their daily activities.

Mr. Ganiyu while emphasizing on the need to be to be hygienic said corona virus is real and highly contagious, and admonished people to cultivate the habit of hand washing so as to prevent them from contracting the disease.

While speaking at the event, the Guest Lecturer, Professor Stella Odebode, implored women to uphold their dignity and avoid being molested by men.

She equally advised them to always report any assault against them to security agencies to forestall future repeat.

In their separate remarks, the duo of permanent secretary cabinet and security in the office of the office of Oyo State Governor Mrs.

Olubunmi Oni and her counterpart from the Ministry of Women Affairs Mrs. Christiana Abioye urged women and Girls to always protect themselves against violence.

Oyo ’Il Be Known For Good Governance Throughout My Tenure—Makinde