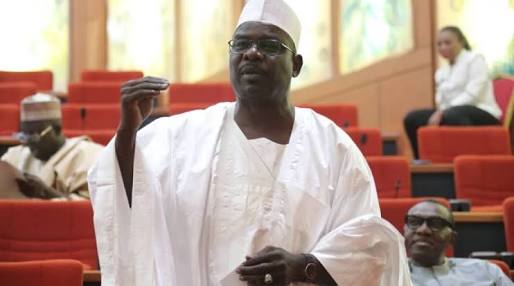 JUST IN: Nigerians Don’t Value What They Have Until They Lose It, I Regret Criticising Jonathan – Ndume

The Senator representing Borno South Senatorial District, Ali Ndume, says he has known the value and landmark a former President, Goodluck Jonathan left in Nigeria and its political landscape after his tenure in office in 2015.

The lawmaker spoke on Saturday at Apo legislative quarters, Abuja, during the Grand Opening of Dr. PhysiQ Specialist Center for Wellness and Medical Lifestyle Change, and launching of a book titled: ‘Everything heals” authored by Dr. Susana Adams, the CEO of the Centre.

Jonathan, who was the chairman of the occasion later inspected the new Wellness Centre, and was accompanied by the former  Minister of Information, Labaran Maku; the veteran journalist, Eugenia Abu, among other dignitaries.

Speaking before the inspection, the Borno Senator said other people who were skeptical about the ex-president’s behaviour have also realised how great he is, adding that many Nigerians don’t value what they have until they lose it.