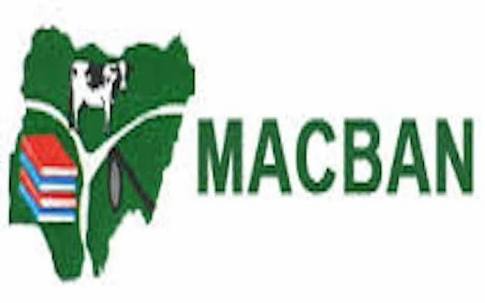 JUST IN: Miyetti Allah Hints At Establishing Own Vigilante Group To Counter Amotekun

The National President of Miyetti Allah Kautal Hore, Bello Abdullahi Bodejo, has declared that the Fulanis own Nigeria and as such,  herdsmen do not need anybody’s approval or permission to occupy any land in any part of the country.

He said the group’s own security outfit is set to roll out with no fewer than 5,000 to 100,000 vigilantes to begin operations and deployed across the country.

Bodejo, who made this known in an interview published in The Sun Online,  boasted that the Fulani race founded Nigeria, so, they will rule forever.

SUN: What is your view on the state of the nation?

Talking about the Nigerian economy, on the part of the Fulani, especially the cattle markets and other activities, nothing changed. Remember, they live their lives like refugees and seemed not to have rights. So, even the coronavirus hasn’t changed anything for them. Before, if they went to hospital, they were billed higher than others, it is still the same; if they want to travel to hajj, they are charged higher than others, if they boarded public transport, they were charged higher fares than others, it is still the same. So, it will be hard for them to observe any difference between how the country was before COVID-19 and now.

SUN: Why do they have to pay higher than others in these instances you mentioned?

MA: If a taxicab sees a Fulani man, the place where they were charging N100, he would collect even N300. His own business is just to reach his destination. They are not involved in transportation business, they won’t ask because they are used to it. I asked some Fulani how much they paid from Abuja to Taraba, they said the difference was just N500 from what they used to pay. The same thing with hospital, if a Fulani goes to buy Panadol, which is N100, it will be sold to him for N300 because he doesn’t know.

SUN: You haven’t given the reason for this

MA: There are three categories of Fulani in the country. Some Fulani are highly educated, some professors, some are technocrats, etc. This category doesn’t care about the Fulani in the bush. Another category are those who are not so educated, and are just around and parading themselves as the so-called leaders of the Fulani. The third category are Fulani people, don’t know about electricity, borehole and the infrastructures that give life a meaning; they drink water from the same source with their cattle in the bush. They are living their normal lives in the bush. That is the typical Fulani.

Amotekun is now in operation in the Southwest, how are your people cooperating with them because on Monday, it was reported that herdsmen killed three persons in Ondo community?

Their government allowed Amotekun to be doing their thing. In our own case, under my organization, Miyetti Allah Kautal Hore, we are trying to set up our own security outfit to deal with cattle rustlers, banditry around Fulani settlements. We are considering starting with 5000 personnel. While their own is Amotekun, our own name shall be unveiled soon. It is this coronavirus that has delayed its take off, because of this social distancing policy, as we are trying to be law abiding and helping to move Nigeria forward, but for the Fulani man, nothing concerns him with coronavirus.

The Nigeria Police is trying to secure everybody in the country, but we have observed that those involved in cattle rustling are people who have learnt  from Fulani on how to rear cows, or others who  don’t have cows anymore because of Benue, Plateau , Zamfara, Katsina, etc crises. For thousands of Fulani, their cattle have finished completely, and they don’t know how to do Achaba (commercial motorcyclist); they don’t know how to operate commercial transport service, so they don’t have anything to engage, as they no more have cattle, so we want to engage them to form our own vigilance group. They know the bushes and so can work with the Nigeria Police and stop the rustlers.

They call their own, Amotekun; since we are the majority in the country, we are supposed to have our own security because our people are living in different bushes across the country, where there is no security, no electricity, nothing. We are meeting, anytime from now, we make our plans public. We will first start with 5,000 personnel. We have not decided on its name, maybe, it may be called, Miyetti Allah Vigilante.

SUN: Will it operate only in the North or across the country?

MA: It is going to be across the country because there is no any angle you cannot find the Fulani in this country. Like Amotekun, where the Houses of Assembly made laws to back it up, every place the Fulani find themselves, that is their own Assembly.

SUN: Will your security outfit use guns to defend your people?

MA: They will not bear arms. We have sticks, which we use to control cows; that stick is enough to use for their defence.

SUN: These cattle rustlers are armed with guns, how can your security outfit match them with sticks?

MA: Sometimes nothing concerns Fulani with guns; if they say they want to do something they will do it, and I don’t think that gun will make them fear. One is a person who is trying to steal and the other is trying to stop the thief, and this is why we are going to increase their number maybe from the initial 5000 to 100,000 or more, so that at any place you have between seven and nine of them, and these thihan three or four.

A community in Delta State, two weeks ago sacked Fulani settlement following incessant killings of their people by herdsmen, what is your position over this development?

Fulani herdsmen are not killers; they don’t kill. This is a strategy to push them out from that community. Any community that wants to sack the herdsmen, they create problem and use it to send them away from the community.

It is because of their activities; you can’t carry cows to enter a secretariat; you can’t carry cattle to come and live together with people. They live in the bush, but the reason you see many of them in the town is  because they don’t have any cattle, as a result of rustling and violence, and any person you see carrying maybe 25 cows will be looking for where to graze them.

Some people are alleging that the mass movement of Almajirai and others said to be herdsmen to the South is for sinister motive; to cause problem in the area. What do you say to this?

I’m not happy with the people involved in moving Almajirai from one state to the other because they are Fulani. They said their movement is because of coronavirus, but the committee I set up, said no Fulani man has tested positive for COVID-19, nationwide. Our fear is that moving these people is another strategy to go and infect the herdsmen inside the bush.

I don’t see reason for this movement because they are children. As a governor, it is up to you to make a place for them. That is why I remember former President Jonathan; he is not a Muslim, but he went and built places for these Almajirai in different states. No matter how you hate the former president, you must remember, he tackled the Almajiri issue far more than some people in the North, and I will not mention names. The Almajirai are Nigerians, they are not from Niger or any other country, and it is a culture in the North.

SUN: Why are they being taken to the South under the interstate border closure?

MA: I don’t know who is taking them to the South. The only thing I know is their movement from one northern state to the other; they are trying to make every Almajiri to go back to his parent’s house. If they are taking Almajirai from North to South, maybe, their parents are there because Fulani are everywhere; for the fact that they don’t produce governors, senators etc in the Southeast, South-South and Southwest doesn’t mean that they are not in those regions, they are just lying low, not making noise. They are everywhere, if they want they will be producing elected officials, but that is not their problem; their problem is to look for where to graze their cattle; that is their business. If they exhaust their grazing area, they migrate to other area, they can from here go to Ghana, Senegal, and nothing concerns them about the state of the schools or infrastructure in that area.

SUN: It is reported that herdsmen have forcefully taken over 350 lands in the Southeast, what is your reaction?

MA: In the first place, who owns the land? I don’t know any place in any local government in Nigeria, where Fulani have displaced people and settle.

SUN: They mean farmlands and bushes, not residential areas, where the herdsmen allegedly scare away the owners of the land

MA: I have suggested before that there are places these herdsmen have settled, as a village head, chief or traditional ruler of that community, you should bring them to your place, make a Fulani chief among them, so that if any herdsman tries to scare these farmers, the Fulani chief will send his people to go and arrest him.

Some people are adorning Fulani attire to cause trouble in some places. Nobody has gone to those places to see if they are real Fulani. We have called our members, and they said they were not dragging land with anybody. The commissioner of police is there, the army is there.

Those areas the Fulani live, the traditional ruler should make a Fulani chief and bring him into his cabinet, for peaceful coexistence, it is a very simple matter.

You should know that the Fulani have a right to go and settle anywhere they like, it is in the constitution and you shouldn’t break any law. If Fulani herdsmen go into any bush and settle there, what is their offence?

If as they claimed that their cattle were destroying crops, what is the work of the commissioner of police, he should go and arrest them and charge them to court.

By the way, who has the land they claimed that the herdsmen have settled? I, Bello Abdullahi Bodejo, if I decide to go inside bush and settle in any community, I won’t ask for anybody’s permission and be doing my activities, but I won’t offend anybody.

If the herdsmen decide to go and settle inside the bush, they won’t ask for anybody’s permission; the only thing they can see are the grass cutters and other bush meat, do you say they should take permission from these animals before they settle there?

Even the Federal Capital Territory, Abuja, it was the Fulani that first settled there. After they settled in one place and leave, then farmers come and start farming, and town start springing up there.

It is only Fulani that can go and stay inside any bush they like. They have right to go and settle in any bush in this country without asking anybody for permission. It is not against the law in this country. Who would they go to take permission from, is it the animals in the bush? You see from the village to the bush they are claiming is theirs maybe over 100 kilometers. How can herdsmen go and settle in a bush that is over 100 kilometers away from where the people live and you expect them to go and take permission from anybody. Who owns the land?