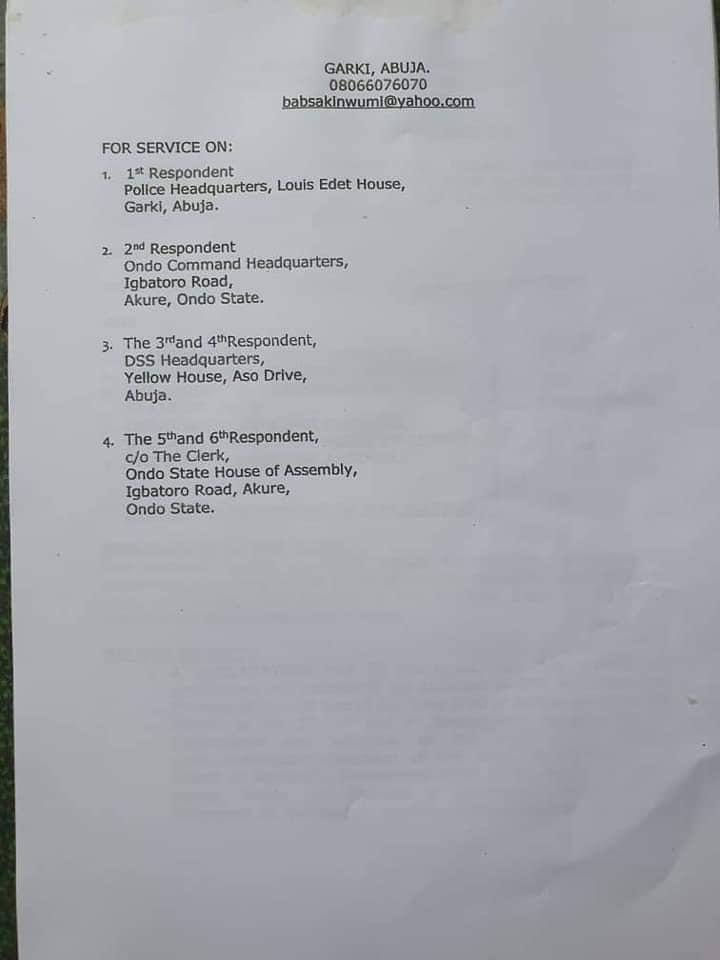 The exit of former Chairman, Economic and Financial Crimes Commission, (EFCC) will affect the anti-corruption profile of Nigeria in the international community, notable transparency groups said on Thursday.

The groups, Re: common, The Corner House and Global Witness based in Italy and the United Kingdom, said in a letter to the Chairman, Presidential Panel of Inquiry on allegations against Mr Magu, Ayo Salami, that Nigerian partners abroad are deeply concerned that Mr Magu’s exit may have been orchestrated by those against the fight against corruption.

The three groups have assisted Nigeria in many ways to retrieve stolen funds and assets running into billions of dollars and are currently behind the prosecution of oil giants said to have swindled Nigeria of billions of dollars in the infamous OPL245 scam. The petition signed by Lucas Manes, Re:Common, Nicholas Hildyard for The Corner House and Simon Taylor for Global Witness said while it admits the rule of law, the antics preceding the exit of Magu raised basic questions about the prospect of fair trial.

They said this is also not just a matter of improving the democratic process but also critical to ensure that international community partners also continue to see Nigeria’s fight against the corrupt as credible.

The international partners also called on Mr Salami to ensure public access to the trial of Mr Magu to provide the bastion of credibility and public trust.

“We can report that as things stand, these apparent failures of due process have already seriously dented the confidence of a number of key international partners in Nigeria’s fight. If this situation is not radically and urgently changed, some may well conclude that the President’s fight against the corrupt was merely a token gesture, a passing phase, to be discarded when the going got too tough,” the groups cautioned in the letter.

They said in their view, such a conclusion would only ensure Nigeria’s efforts to hold the corrupt to account and bring back stolen assets from abroad becomes much more difficult.

In recent years, the groups have been committed to providing help where appropriate to President Buhari’s anti-corruption drive, including efforts to hold those engaged in corrupt activities to account and to repatriate stolen assets to Nigeria from abroad.

During this time, they have had the pleasure of working with Nigeria’s anti-corruption agencies, including and especially the EFCC. The groups said under Mr Magu, they have been “enormously impressed with their tenacity, skills and performance.”

The groups said in the case of the EFCC, it is impossible to overstate the contrast between its efficacy today with that of the “timid and sclerotic, in effect, defanged agency that was the EFCC during the administration of President Buhari’s predecessor – a matter we referred to in our recent letter to the President.”

They said that for an effective anti-corruption fight, no one should be beyond the law. They referenced reports linked to President Muhammadu Buhari when his Senior Special Assistant, Garba Shehu, said the proper procedure, when allegations are made against the Chief Executive, is to step down from his post and allow for a transparent and unhindered investigation.

Mr Shehu had said “We must realize that the fight against corruption is not a static event, but a dynamic and ever evolving process […] and as we continue to work towards improving our democratic process so shall every institution of ours also embark on that journey of evolution. What is however important is that there must be accountability and transparency and our people must realize that they would be held to account. This is the building block in the fight against corruption, the establishment of the concept of accountability and the recognition of the rule of law.”

The groups said they agreed with Mr Shehu but that such expressions also suggested the presidency appeared to have made up its mind to nail Mr Magu.

The partners raised concerns about the flaws in the trial of Mr Magu. They cited the detention of Mr Magu and subsequent denial of the action by both the panel and the police; the failure to serve Mr Magu with a copy of the complaint against him for several weeks; the suspension of 12 officials (investigators and prosecutors) of the EFCC without query, interrogation or any other expected standard treatment for such an action; the appearance of several conflicting allegations in the media without any official statement from your committee; appearances of those under trial for corruption before the panel; and the predictions of the panel’s conclusions in the media by both politicians and aides of the president.

They said this and the previous point indicate potential leaks from the panel’s proceedings, which are having the unfortunate effect of adding to the apparent deliberate trial of Mr Magu in the media.

The groups question the contrast between public claims that Mr Magu has been subjected to due process – whereas, in reality, he has frequently been brought to attend the panel, only to spend 12 hours alone with his lawyer not engaged with the operation of the panel at all adding that this would appear again to stand in stark contrast to any semblance of due process.

They expressed worry about the failure to allow Mr Magu to cross-examine his accusers and witnesses and the failure of the panel to reveal its mandate, terms of reference and the timeline in which it expects to be operating.

“The above factors combine to give an impression that something is very wrong in the action that has been taken against Mr Magu, and they could even be seen to imply a process that has already been determined,” wrote the groups.

Mr Shehu’s protestation in support of the need for transparency and the rule of law, when the available evidence suggests the opposite as the reality, according to the groups, is sufficiently troubling to have a whiff of 1984 about it, in a veiled reference to when President Buhari was the Military Head of State, an era associated with draconian laws made by fiat.

The groups said the impression that one of Mr Magu’s predecessors, Nuhu Ribadu, may well have been correct, when he stated, “When you fight corruption, corruption fights back,” noting that to ensure the integrity and credibility of all such investigations, they must also be seen to be credible.

“As we write to you, this is profoundly not the case. For that to happen – just as the President has referred to – transparency is key” they said.

Justice Salami was asked to confirm the logistics of when the panel’s deliberations will be open to the public, as the groups intend to monitor and report on efforts to establish the facts in these matters.

They reminded Mr Salami that the proceedings against Shell and Eni continue in public, in the Milan criminal courts, as do court cases in the UK and beyond. In conclusion, the groups wrote, “We appreciate that the extraordinary conditions imposed on us all by the COVID-19 pandemic make public processes more difficult, but the use of the internet together with a number of excellent applications, has demonstrated that this can easily be overcome, and for next to zero cost. As such, we would be very grateful if you would inform us about when meetings are taking place and how we may access online the procedures such that we can monitor and report on your on-going deliberations.”