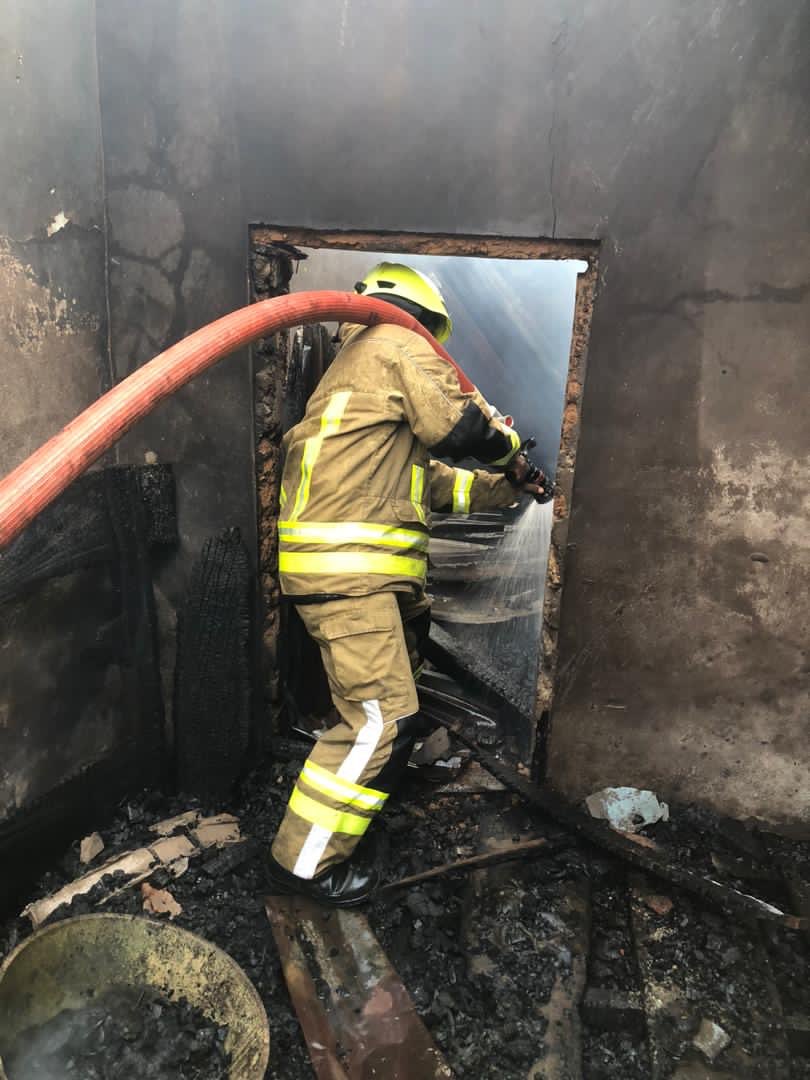 There was massive fire outbreak at popular Agbeni market in Ibadan leading to looting, wanton destruction of goods and properties worth millions of naira following fracas between two rivalry groups of hoodlums, sunrisebulletin.com reports.

The unfortunate incident which resulted into burning and looting of shops and warehouse opposite Honeywell Superfine Flour, Ologede within Agbeni market occurred at the early hour of Saturday 7th November, 2020.

Investigation by Sunrisebulletin.com revealed that the incident was an extension of the #EndSARS protest that has been widely reported to have been hijacked by hoodlums.

It was further gathered that some of the burnt shops belong to either police officers or their relatives thay were targeted by the hoodlums which eventually extended to other shops at the market.

Properties worth millions of naira were destroyed as a result of the inferno and looting.

The Oyo state fire service men who quickly moved to the location to quell the escalation were resisted by the hoodlums who attacked their trucks with machetes.

However, as at the time of filing this report, there was no record of loss of life as security agencies which included Operation Burst, officers of the Nigerian Security And Civil Defense Corp, Federal Fire Services were all on ground to arrest the situation.

Others on ground to arrest the situation were officers of Ibadan North West Local Government, Oke Ibadan LCDA and Mapo divisions who provide coverage and rescue operations.