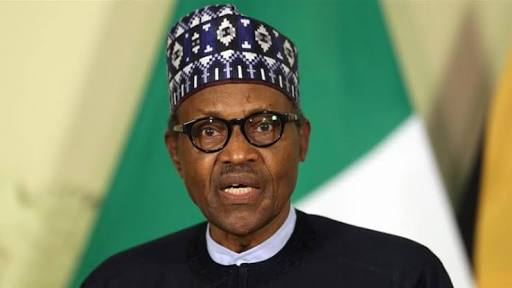 The Federal Government, has disbursed N5 million as revolving loans to 500 women across the 33 local government areas in Oyo state, to boost their businesses.

The money was disbursed through the National Directorate of Employment (NDE) to beneficiaries at Donald hall, St Joseph Catholic Church, Oke-Ado, in Ibadan

Making the disbursement, in line with the COVID-19 guidelines, Mrs Olayinka Olayemi, Oyo State Coordinator, NDE, said the initiative was designed to help the women start up and expand their own businesses.

Olayemi said the programme was under NDE’s Micro Enterprises Enhancement Scheme (MEES), and that it would contribute to the economic growth and poverty reduction.

According to her, the empowerment is part of the Federal government’s laudable programme across the country “being implemented by the NDE under the leadership of Dr Nasiru Ladan Argungun.

“It is crucial to stress that this disbursement scheme is necessary to cushion the effect of COVID-1 9 pandemic on the country’s economy especially now that globally economy are battling to remain aloof.

“The Federal Government, in an effort to reduce the high unemployment rate and kickstart micro economic activities in the country came up with this initiative so as to bring the economy back to track.

“It is worrisome that our women , who are nation builders are badly hit by the pandemic, as such, this gesture will help them get back on their feet and contribute meaningfully to the development of the nation’s economy.” The coordinator explained.

She further stated that each of the beneficiaries would get the sum of N10, 000 as financial backing to start up a micro business of their choice or expand on the existing one.

The NDE boss also recalled that over 1,500 women in the state had earlier benefited from the scheme since it commenced last December 2019, revealing that the previous beneficiaries now have amazing testimonies to share “as they are doing well in their various endeavours.

Olayemi advised the beneficiaries to judiciously make use of the revolving loan and ensure good turnover for appreciable opportunity in the future.

In her message at the occasion, Mrs Florence Ajimobi, wife of the former Gov. Abiola Ajimobi, who facilitated the loan, commended the Federal Government for the gesture.

Mrs Ajimobi, who was represented at the occasion by Mrs Omolara Farinloye noted that President Mohammadu Buhari’s administration meant well for Nigerians, especially the less privileged in the society.

She urged the beneficiaries to see the loan as an opportunity to make good use of the money thereby enhance their success in their respective businesses.

In her remarks, the Southwest zonal Director of NDE, Alhaja Aolat Safaru, urged the beneficiaries to ensure effective utilisation of the funds and engage in productive businesses.

The zonal director who was represented by Mrs Stella Odunwa, said the directorate had various skill acquisition programmes, that could enable unemployed Nigerians, especially youths and women to get trained and be self reliant instead of engaging in social vices.

Mrs Oboge Adeyinka, who spoke on behalf of other beneficiaries lauded the gesture and promised to make good use of the funds and repay on time for the benefit of others.