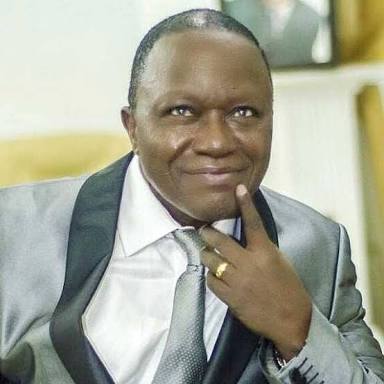 JUST IN: Akintola Desperate For The Headlines, He Should Be Ignored — Taiwo Adisa

The Chief Press Secretary to Governor Seyi Makinde, Mr. Taiwo Adisa, has described the recent spate of criticisms against the governor by a governorship aspirant on the platform of the All Progressives Congress (APC) in the 2019 election, Chief Niyi Akintola (SAN), as an indication of his desperation to hug the headlines.

Adisa, in a statement made available on Saturday, declared that it was a thing of concern that a learned silk like Akintola has descended so low to join the bandwagon of opposition elements trying unsuccessfully to manipulate and distort government policies in Oyo State and pass off genuine government efforts as policy somersaults.

The statement read: “Chief Niyi Akintola, who by the way, should have been among those revered for standing by facts, alleged that the government in Oyo State reverses eight out of 10 policies.

That’s an unkind fabrication, a white lie that cannot stand in real sense and one that should not have come from Akintola. Can he give evidence of any such policy somersault? Surely, he can’t.

“If a lawyer would jettison facts and become a purveyor of speculations just because he is desperate to keep himself in the 2023 APC rat race, one should wonder what hope lies ahead for the country and the search for truth and justice.

“I think Chief Akintola should make up his mind on whether he wants to be a friend of Governor Makinde or a blind critic of his administration.

On one hand, he professes to be a friend of the governor, in another breath, he is busy marketing unfounded allegations against the governor.

“Contrary to the unfounded allegations by Chief Akintola and his journeymen, the government of Engineer Makinde is not involved in policy reversals and has remained focused on the goal of lifting Oyo State from poverty to prosperity.

“I have had cause to address this matter before and I insist that it is the undiscerning that will allege policy flipflops against Governor Makinde.

When the deep acts with the majesty of intelligence backed by science, logic and data, the fickle-minded cannot discern. So they easily misrepresent the issues and allege policy somersaults or whatever their lips can spew.

“When Governor Makinde went on an inspection tour of the Circular Road under construction, he issued a ‘stop work order,’ and asked the management of the construction company to come for a meeting in his office, a reporter mistook the stop work order for contract cancellation.

“But the directive from the governor was clear; stop the work, come for a meeting to decide the way forward. After that meeting, 24 hours after the inspection, the governor lifted the stop work order and asked the contractor to go ahead and fulfil the contractual terms.

“Since then, the leadership of the APC in Oyo State has mischievously been trying to stick to the error of the reporter who mistook the stop work order for cancellation. But that will not stand. They should make reference to the official statement from the governor’s office in case they are confused.

“At times, one wonders if Chief Akintola and his APC caravan really understand what policy somersault means, because the funny commentaries they run and the positions they dramatise as policy flipflops of the Makinde administration are strange and should make one ask whether they really understand the issues.
“We are, however, not surprised that the APC system in Oyo State has been struggling to pin down wrong narratives on Governor Makinde.

Ever since he hit the ground running from his first day in office, he has got the opposition confused, leaving them to only strive to hold on to straws and seek to brand him in negative terms.
“But I want to state categorically that the unlikely headlines they seek to popularise against the governor will not jell.

The people of Oyo State are solidly behind Governor Makinde and they have continued to commend the policies of his government, which have made life better for them in the last one year.”