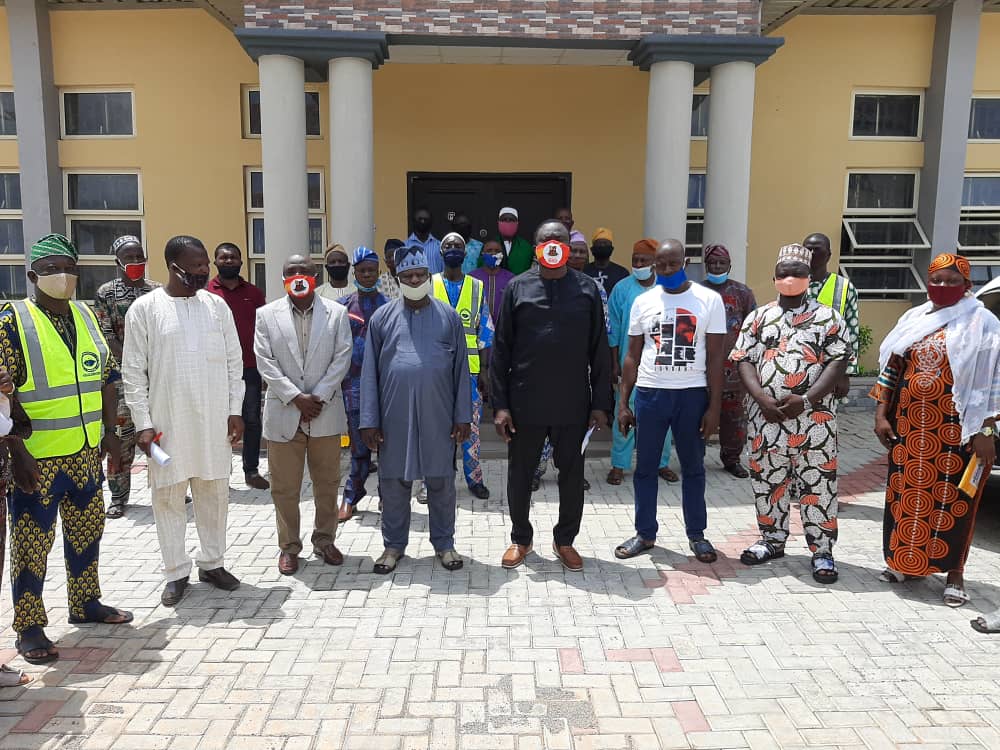 Mr Oni, while addressing the new state executives thanked them for the visit which he described as key to improved working relationship between the association and the state government, he admonished them to promote unity of purpose in order to achieve core aims of the association in its business operations stressing the need for cohesion and collectiveness among its members.

He lauded the association for spreading its executive offices across all the zones in Oyo state, he particularly commended them for being gender balance and bringing women on board its state excos describing it as good move in the right direction.

The new state chairman of the association, Mr Asimiyu, Olaniyi Adekola popularly called Olori odo, thanked Mr Oni for his role in helping the association stabilize during its internal misunderstanding.

He appealed to the mineral resources development agency boss to use his office facilitate a peaceful meeting with the state chapter of UTQEN for a more robust and harmonious working relationship.

The Oyo state secretary general of Abulesowo Quarry Owners Association, Pastor Fisayo Odubayo, while unveiling the new excos earlier on, gave kudos to the state government through the office of the executive chairman of Mineral Resources Development Agency, for its pivotal role in creating stability and providing needed supports to the association particularly by helping it find a peaceful ground for both warring factions within the association.

Pastor Odubayo said that the visit was part of the association’s weeklong familiarization tour to all necessary authorities both at state and federal level adding that the new executives are determined and committed to helping Oyo state government improve on its internally generated revenue (IGR).

He added that the state government under the leadership of governor Makinde has done the needful for improved business operations of the association adding that its association would reciprocate by complying with the government’s directives.

Mr Oni also reiterated that the association’s new mode of operations in the state should seriously take health and safety measures and precautions into consideration to reduce the rate of casualties arising from negligence of quarry operators noting that state government will no longer take non adherence and compliance with its operation guidelines likely with anyone or group found running afoul of them.

Other members present at the unveiling include top officials of Oyo state Mineral Resources Development Agency, top members of Abulesowo quarry owners association include its zonal chairmen from all zones across the state as well as the association’s state taskforce.