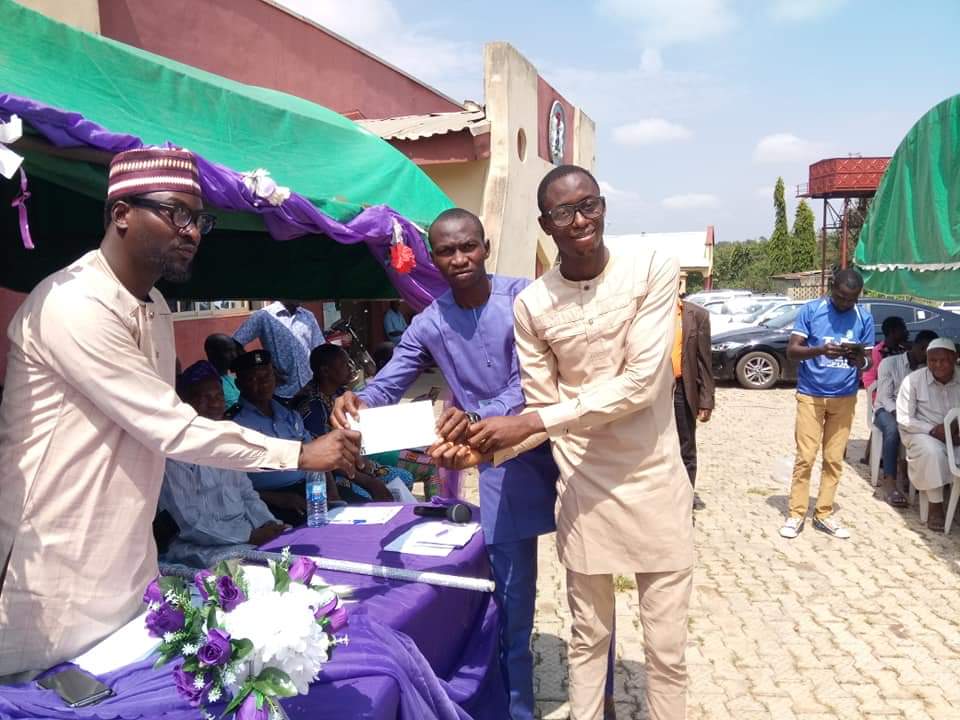 Recall, Hon. Adeagbo, in mid July of this year, gave out bursary application forms to the leadership of Federation of Itesiwaju LG Student Union (FILGSU), for onward distribution to their members at no cost.

Speaking on the gesture, Hon Niyi Adeagbo, disclosed that no fewer than 1000 students would benefit from the scheme but only 300 of them have so far returned their filled forms. He urged the students who were yet to return their filled forms for processing to do so without further delay as the second phase of the exercise would take place in a few weeks to come.

According to him, “we reactivated the scheme after years of stoppage. The past government only paid N5000 to each student but our administration is effecting 100% increment, which means a beneficiary is getting N10,000. I strongly urge you (the benefiting students) to use the money to better your education and also strive to contribute to the development of the council area”.

The council boss concluded his speech by giving glory to Almighty God. ‘There is no smoke without fire! I must thank my father, leader and role model, His Excellency Governor Abiola Ajimobi for giving me an opportunity to serve my people at the grassroots. He is not only my benefactor but also a good inspiration to me’, said Adeagbo.

The Chairman of the council of Obas and Chiefs in Itesiwaju LG, His Royal Highness Oba Olatunji Zaccheous Oladimeji (Oluigbo of Igbojaye) who was the royal father of the ceremony thanked Hon. Adeagbo for aggressively executing projects and programs that have direct impact on the people of the council area. He assured the administration of the maximum supports of the royal fathers in the land.

FILGSU National President, Com. Mustapha Yusuf, in his appreciation speech on behalf of the undergraduate students, thanked Hon Niyi Adeagbo and his team for the resuscitation of the bursary scheme. “To whom much is given, much is expected, I convey our heartfelt gratitude to our Executive Chairman for distinguishing himself. We laud his people-centered policies and programmes, and we are proud to identify with his administration” Com. Yusuf said.

Oyo 2019: Olaniyan succumbs to intense pressures to Quite ADC from supporters, to Join PDP.