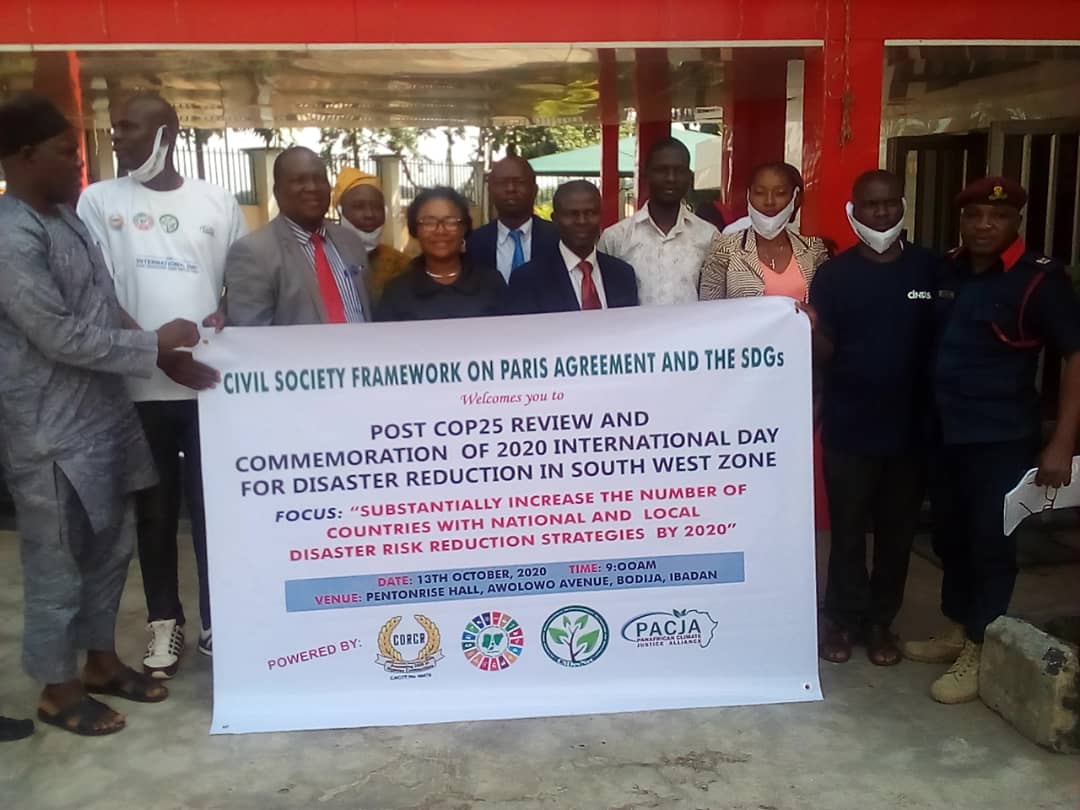 The day which is set aside by the United Nations General Assembly in 1989 to promote global culture of awareness and disaster risk reduction has been used to celebrate and review activities of NEMA and OYSEMA in the state as stakeholders berated the attitude of all invited Oyo state caretaker chairmen for their absence without any representative at the conference. 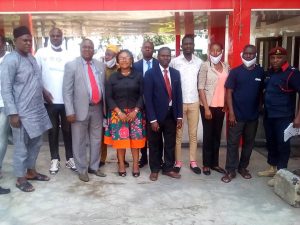 The South West Zonal Coordinator of NEMA Mr SLAKU Lugard Bijimi, while delivering his lead paper titled “Localizing Disaster Risk Reduction Strategies In Nigeria: The Role of Stakeholders” which held in Ibadan on Tuesday 13th October, 2020, called on government at all levels to be more involved in disaster prevention and management.

The NEMA boss, revealed that the HYOGO Framework For Action To SENDAI Framework For Disaster Risk Reduction which held in KOBE, Japan between 2005—2015 identified five main gaps as key challenges militating against efforts to reduce risks in the south western part of Nigeria.

He explained that government should institute adequate legal framework to back operations of SEMA and old laws should be adequately reviewed in order to meet up with demands of present disaster and emergency management operations.

Mr Slaku therefore, urged government at federal, state, and local government to invest in disaster risk reduction for resilience, enhance disaster preparedness for effective response and to build back better in recovery, rehabilitation, and reconstruction, and as well strengthen disaster risk governance.

Earlier, The chief convener, Mr Kolawole AMUSAT-GBENLA, who is also the Zonal Coordinator of Climate and Sustainable Development Network, in his welcome address noted that the focus of year 2020 International Day For Disaster Reduction is on the Target E of the SENDAI Framework for Disaster Risk Reduction (SFDRR 2015-2030) which is to substantially increase the number of countries with National and Local disaster risk reduction strategies by 2020.

Mr Kolawole added that this will lay foundation for the implementation of of the SENDAI framework which is closely linked with priority 2 i.e strengthening disaster risk governance to manage disaster risks, calling on all stakeholders especially the government to strengthen disaster management and climate change institutions by providing adequate funding, training and capacity building of staff members in order to be able to deliver on their mandates.