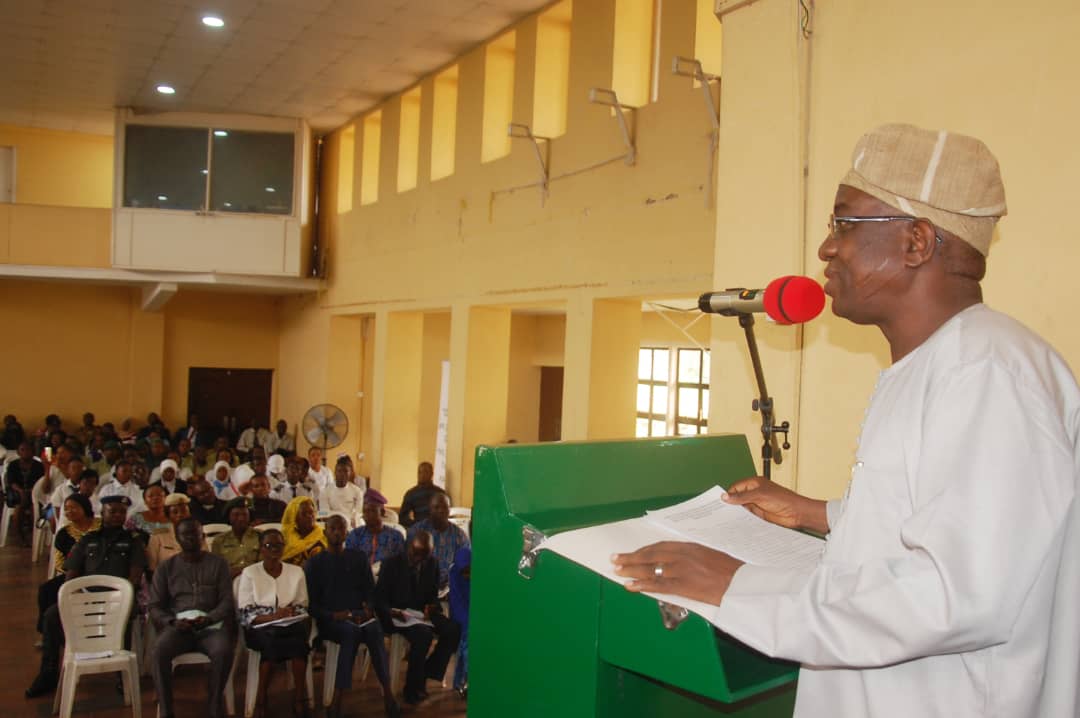 Oyo State Governor, Engr. Seyi Makinde has pledged that his administration will collaborate with the necessary stakeholders to minimize menace of trafficking and illicit drug abuse in the State.

The Governor made the pledges today in his speech at the 2019 United Nation International Day Against Drug Abuse and Illicit Trafficking, organized by the State Drug Abuse Control Committee in collaboration with the National Drug Law Enforcement Agency NDLEA, held at Western Hall, Secretariat, Ibadan.

Governor Makinde pointed out that report shows that 40 percent of Nigeria youths are involved in drugs and substance abuse, therefore fighting against it encompassed collective efforts in making our society  free from drug abuse and illicit trafficking both state and the federal.

Speaking through the Deputy Governor, Engr. Rauf Olaniyan, the governor, noted that collaboration between the State Government and State NDLEA is yielding positive result adding that his administration is ready to collaborate with all agencies to ensure the illicit act is brought to minimal in the state.

Earlier in his welcome address, the Chairman, Oyo State Drug Abuse Control Committee, Pharmacist Lukman Akinwale, stated that every June 26 has been set aside by the United Nation to be celebrating International Day Against Drug Abuse And Illicit Trafficking saying that the theme for 2019 is Health For Justice, Justice For Health.

He said as part of the present administration’s  efforts in eradicating menace of trafficking and drug abuse, a State Drug Abuse Control Committee has been set up, stressing that the committee is charged to coordinate the campaign against drug abuse and misuse in the state.

He pointed out that the committee has embarked on series of activities to sensitize the  general public on the consequences of drug abuse and the illegal trafficking.

The Chairman, therefore urged all the Local Government Areas in the State to replicate same committee so as to make the state crime free.

He added that the escalating wave of crime and criminality such as kidnapping, armed rubbery, militancy and terrorism confronting our society today is rooted in the pervasive consumption of drugs.

Speaking on the achievement of the agency in fighting war against Drug Abuse in the state, the State NDLEA’s boss said  the agency has arrested over 165 drug suspects  and has confiscated 810 kilogrammes of hard drugs.

Barr. Igwenagu pledged his agency’s readiness to collaborate with all other force agencies in ensuring crime free environment.