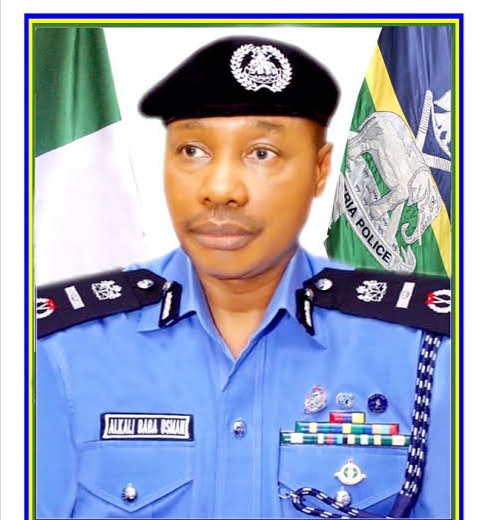 …my people are living in fear-Alajaawa

The Chairman, Ogo Oluwa Local Government of Oyo State, Hon Seun Ojo and the Alajaawa of Ajaawa, the Council headquarters, Oba Thompson on Tuesday in Ibadan, raised the alarm over what they called a midnight police raid of Ajaawa, which they said left at least two persons dead.

The council Chairman and the monarch had jointly addressed newsmen in Ibadan over the development, during which they also sent a Save Our Soul (SOS) message to the Inspector General of Police to save the council headquarters and the adjoining villages from attacks by policemen.

According to Hon Ojo, the midnight invasion and sporadic shootings by policemen who were said to have come from the office of the IGP at midnight on Monday, led to the demise of two persons.

Addressing Journalists at the Conference room, Ministry of Local Government and Chieftaincy Matters, Secretariat, Ibadan, the executive Chairman, Ogo Oluwa Local Government, Hon Seun Ojo, said that he got frantic calls from many people in Ajaawa around 1 a.m on Tuesday, following sporadic gunshots that left the town terrified from midnight of Monday, July 28.

He also lamented the death of two persons as a result of the gunshots fired indiscriminately by the police team, adding that not more than 10 persons also sustained various degrees of injuries.

He explained that one person named “Ade master” is suspected to have connived with some powerful interests to instigate the violent attacks, using the said Policemen.

He said that the raid of Ajaawa community disrupted its peace and left residents scampering into the bush.

He said: “I address you today in respect of an unusual happening at the Headquarters of Ogo Oluwa Local Government, Ajaawa.

“Early this morning, around 1am precisely, I was woken up by frantic calls from many people in Ajaawa, following sporadic gunshots that left the town terrified from midnight of Monday, July 28.

“Following quick checks by my office and the office of the Alajaawa, it was confirmed that the sporadic gunshots and direct shootings into some homes were carried out by some men of the Nigeria Police, who had invaded Ajaawa for no clear reasons.

“We were told that the team came from Abuja, supposedly from the office of the Inspector General of Police.

“We were, however, more than baffled that men of the Nigeria Police would invade a community, unleash sporadic gunshots and cause tension and panic, even loss of lives.

“As we speak, at least two persons were confirmed dead from the sporadic gunshots fired by the police team members while at least 10 persons have been confirmed to sustain various degrees of injuries.

“The final number of the injured was actually being put together as we speak since I had to hurriedly leave the council to make this report here in Ibadan.

The council Chairman, therefore called on the Inspector General of Police (IGP), whose office is being dragged into the illegal act, to investigate the lawless men and bring the culprits to book.

“I am, therefore, using this medium to send a Save Our Soul (SOS) to the Inspector General of Police(IGP), whose office is being dragged to an act we consider lawless and one which cannot be defended by any aspect of our lawbooks.

“Our people are at a loss as to why law enforcement officers would invade a community in such a commando-like manner and unleash mayhem leading to a situation where members of the community had to take refuge in the forest even in the dead of the night. “As we speak, the local government headquarters in Ajaawa is deserted, just as schools as many of our people have relocated to nearby towns.

“A number of our people are of the view that the raid may not be unconnected with the decision of some youths to sack a shrine which belonged to one “Ade Master,” something that took place when an SPU Policeman attached to killed a member of the community.

“It will interest you to note that the said Ade Master is being linked to kidnapping and disappearance of innocent persons in the area in recent times.

“Why would the police invade a community and unleash violence in the dead of the night? This and many questions have been agitating our minds since the violence broke in the midnight yesterday.

“Let me use this medium to equally call on the IGP, the Commissioner of Police, Oyo State and all law enforcement officers to please join hands to ensure peace in our local government and our state.

“We have all seen and are proud of the service delivery efforts of Governor Seyi Makinde aimed at developing the state.”

In his remarks, the Alajaawa of Ajaawa, His Royal Majesty, Oba Thomson Adeyeye Oyetunji, appealed to the governor Seyi Makinde and all security agencies to come to the aid of the community.

He said that the said Ade Master has been instigating a reign of terror in the area, adding that it was unfortunate that some law enforcement agents appear to be backing him.

He added that all the economic activities in the community have been paralysed, while the town is deserted as according to him, nobody was able to go to his work, even as students and market men and women stayed away.