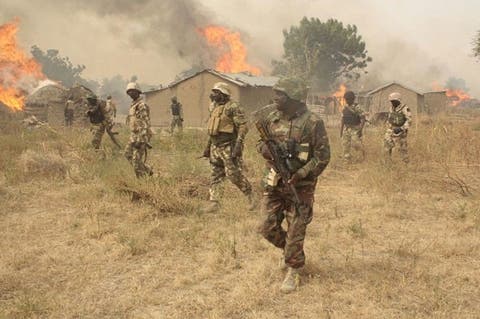 THE Emir of Daura, Katsina State, Dr Umar Farouk Umar, has raised alarm over what he described as multifaceted security threats facing the nation, saying what Nigeria is experiencing now is worse than civil war. Dr Umar, who is the emir of President Muhammadu Buhari’s community, solicited for prayers, advice and goodwill of all Nigerians, especially elders, traditional and religious leaders in the country, to overcome banditry and other security challenges the way the civil war was overcome with such prayers, without sentiment.

While Afenifere said Umar’s view tallies with those of many prominent Nigerians, Ohanaeze said Nigeria was in an unofficial civil war. PANDEF added that Nigeria’s security architecture is no longer in a position to address the nation’s security challenges, stressing that it must be overhauled.

These came on a day Chief of Army Staff, Lt. General Tukur Buratai, asked members of the special forces deployed to Katsina State not to relent in their fight against banditry, warning that they had no excuse for failure. Don’t distract security forces, Emir urges Nigerians The Emir also cautioned Nigerians against “undue interference in security matters to avoid distracting the security agencies, more so since the President is a former war-tested general and a two-time head of state, who knows the military more than any civilian.”

Speaking when the Chief of Army Staff, Lt. General Tukur Buratai, on operational visit to Army formations in Katsina State, visited him, the emir called for the same approach used in tackling the civil war to tackle the raging insecurity in Nigeria. He noted that President Buhari took over the reins of power at a time Nigeria was on the verge of collapse, adding that the current situation is like that of spectators who see all the faults in the players but cannot do better if given the chance.

While advising the Army Chief to remain resolute, focused and shun distracting comments from any quarter, the emir commended the Nigerian Army and its leadership for the commitment and untiring efforts to contain the myriad of security challenges in Nigeria and in Daura Emirate of Katsina State, in particular, since he took over as the COAS.

Dr Farouk used the occasion to thank the Nigerian Army for setting up a Forward Operating Base (FOB) and a battalion in Daura town, to enhance response to security threats in the area and surrounding communities, which had so far commendably assisted in providing the required peace and security in the areas. While praying for the military and all other security organizations in their operations aimed at securing the nation, the monarch emphasized the need for people to consistently support the military and other agencies by providing useful information on movements and activities of suspicious persons in their communities, for them to succeed in providing the necessary security for the people and the nation.

Lt. Gen Buratai was at FOB Daura and the 171 Battalion Daura, where he was briefed on the operational state of the Army formations to checkmate banditry and associated insecurity in their area of responsibility. Gen Buratai assured the emir, the emirate council and the people of Nigeria of the renewed vigour and determination of the Nigerian Army to tackle the security challenges in the North-West and the country as a whole.

He said his visit is in response to concerns occasioned by recent bandit activities in different parts of the region and Katsina State in particular. “Already, the Nigerian Army has commenced reorganization of its operations across Nigeria and that senior officers of the service are in the state to fully implement the clear directive of President Buhari to effectively checkmate the security challenges in the country,” he said.