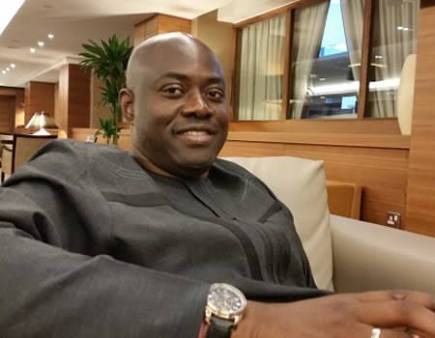 Governorship candidate of the Peoples Democratic Party (PDP) in Oyo state, Engr Seyi Makinde has been declared the winner of the governorship election in the state by the Independent National Electoral Commission (INEC).

The Returning Officer, Oluwatoyin Ogundipe, declared Makinde the winner of the election after the collation of the results.

He polled 515,621 votes to defeat Adebayo Adelabu of the All Progressives Congress (APC) who scored 357,982 votes.

The results of all the 33 local government areas of the state were announced at the collation center of the Independent National Electoral Commission (INEC) in Ibadan, the state, capital on Sunday.

In a related development, INEC also declared that the Peoples Democratic Party (PDP) won 26 seats, the All Progressives Congress (APC) secured 5 seats, while the African Democratic Party (ADP) had 1 for the Oyo State House of Assembly seat.