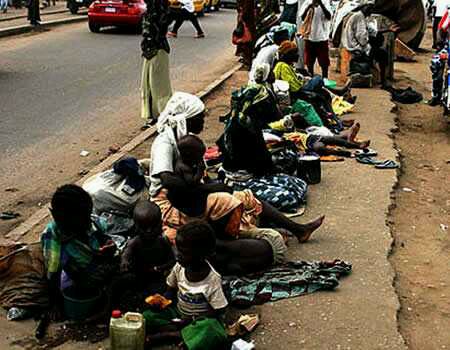 Ibadan is the capital city of Oyo state in the south west region of Nigeria which is particularly known from time immemorial as one of if not the most peaceful and friendly state(s) in the federation in term of accommodation and friendliness. It is this homely nature of its people that makes the state a second home to many other ethnicities and nationals from other parts of Nigeria, within africa, and the world at large which has of course led to many intermarriages that has continually deepens coexistence.

It is therefore, important to note that every citizen regardless of their states of residence owe their host states the duty of responsibility. Even though the laws of Nigeria guarantee freedom of movement of all Nigerians to any part of the country without restrictions, it should be noted that negative disposition or conduct with regards to environmental management and maintenance capable of becoming threat may attract negative perceptions and resentments.

The current state of destitutes outbreak in Ibadan is not just appalling and alarming, it potends serious health and security threats to all residents in the state, it therefore, calls for urgent and conserted efforts by both private sector through their corporate social responaibilities and government at all levels particularly the Oyo state ministry of environment that has already shown some proactiveness in its environmental policies and programs.

A tour around Mokola area under the fly over bridge, Queen Cinema area, gulf field-sabo road, Sango, Challenge Round About, Ojoo round about, and Iwo Road areas just to mention few will expose one to the despicable and deplorable situation of the city of Ibadan especially the homeless individuals within all age brackets sleeping, and living in the open both at night and daytime. In recent times some of these destitutes despite their situations have continued to procreate spread into major towns and recreation centres where people are gathered in large numbers for fun activities to beg for money, and most shocking is seeing young teenage destitutes with pregnancies for God knows who also roaming the streets of Ibadan even at odd hours. When such teenagers give birth to fatherless children as destitutes without care or attention from anywhere or anyone then there is no gainsaying to state that Ibadan being the state capital is already seated on a keg of gunpowder waiting to explode. It is just a matter of time if not urgently addressed.

Many of these destitutes appear to be abusing the friendliness and homeliness of the natives of Ibadan by constituting themselves negatively to the environment, it should be noted that the failure of another state in providing social infrastructures and creating an enabling environment for personal growth of its citizenry should not in any way become a burden on the shoulders of the government of another state and as much as we are one Nigeria, we must always endeavour to engage in things that foster peace and deepens peaceful coexistence through inclusive responsibility.

The Oyo state ministry of environment has a herculean task ahead of it because no big investor will put his money where there is security threat of any form. The executive governor of Oyo state and his state cabinet are already setting the state on the path of its lost glory by creating the enabling environment where business and big time investments can thrive, it is therefore, very important that government at all  levels as a matter of urgency address the situation in order to avert all forms of threats it may potend to Ibadan and Oyo state at large.

We Will Make Oyo Fastest Growing Economy In Nigeria—Gov Makinde