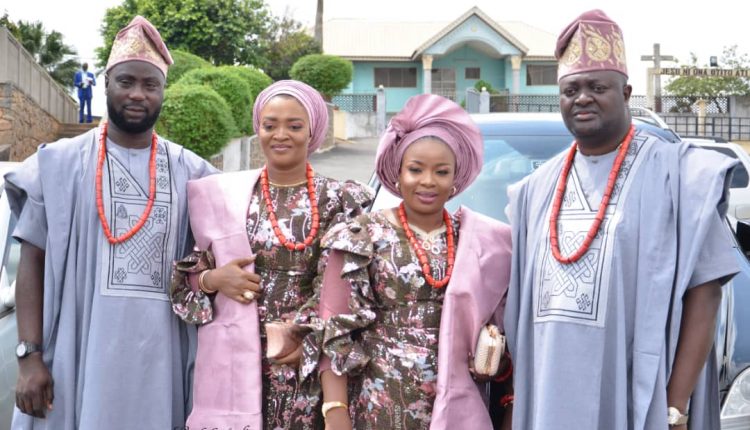 Oyo Assembly Peoples Democratic Party, PDP Whip comprising all 26 lawmakers on the platform of PDP, Honourable Akintunde Olajide has expressed his heartfelt appreciation to the State Governor, Engr Seyi Makinde over what the lawmaker described as a show of fatherly love and support towards his son especially since the demise of his mother Mrs. Oluwayemisi Olajide.

In a ‘Thank you’ message by the lawmaker made available to newsmen in Ibadan on Sunday October 10, ‘AKT’ as he is popularly called said Governor Makinde was constantly in touch with him on the phone despite the fact that the Governor has been out of town on official duties as well as his very busy schedules.

“I must confess that my Governor surpassed my imagination, and that is the truth because the feeling you get when the Governor is very concerned and involved with you is that of a father and son because despite his very busy schedules, the Governor was always in touch with me via calls and text messages just to make sure I am fine. I feel greatly blessed to having Governor Seyi Makinde in my life I must confess.” Hon. Olajide said.

The Chairman House Committee on Employment, Labour, Productivity, and Pension also expressed gratitude to the Deputy Governor, Engr Rauf Olaniyan who he said played a fatherly role throughout the preparation for his mother’s funeral and final internment stressing that the show of love and affection greatly reduced the emotional pain and psychological trauma of losing someone so dear to his heart as his mother. 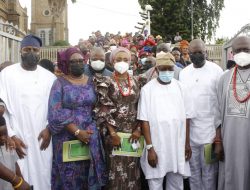 The letter reads: “Nothing is more difficult than saying goodbye to a loved one especially someone so important as my mother and I may never be able to find the right words to fully express my deepest appreciation for the kindness, Love and support shown me and my family before, during, and after the burial of my dear mum. I really appreciate the affection.

“My very deep appreciation is to His Excellency, The Executive Governor of Oyo state, Engr Oluwaseyi Makinde who was ably represented by The Secretary to State Government (SSG) Mrs. Kemi Ogunbamiwo. I thank you greatly sir.

“I must also express my appreciation to His Exellency, The Deputy Governor of Oyo state Engr Rauf Olaniyan for everything. Thank you greatly sir.

“Honorable Members, Oyo State House of Assembly led by the Speaker Rt Hon. Adebo Ogundoyin. You guys are like the clothes covering my body. I will forever cherish our relationship very greatly. Thank you.

“Hon. Olajide Olatoye aka BIG-DADDY, Alhaji Adetokunbo Adeaga, Hon. Olayinka Oladimeji SEGELU, Hon. Kunle Yusuff, (MON) SSA to the Governor on SDG, representatives of the Olubadan in Council, Onilalupon of Lalupon and all other royal fathers that graced the event.

“All PDP Members Akinyele/Lagelu Federal Constituency, all the structures of AKT Political family and everyone that came on board to be part of the event.

“I am filled with gratitude to have people like you in my life. Your support and love has made the day a memorable one. I thank you all.

Shina Peller: I Am Not Against Tinubu’s Political Ambition