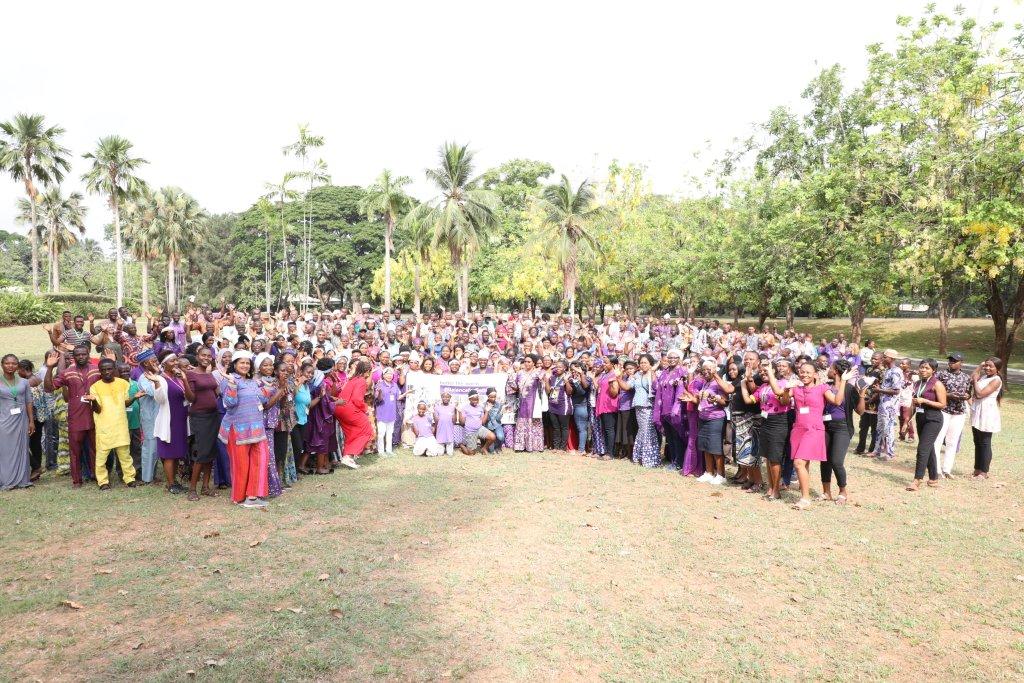 Over the past few decades, the global community has made a lot of effort to inspire and engage more women and girls in science. Similar efforts are ongoing to ensure gender balance and equal access in other professional and social situations. The International Women’s Day is a worldwide movement that gives center stage to these endeavors as women are celebrated annually on 8 March.

This year IITA joined the global community in a call to action for building a gender-balanced world with the theme, “Balance for Better”. This, along with the United Nations (UN) theme of “Think Equal, Build Smart, Innovate for Change”, puts innovation by and for women and girls at the heart of efforts to achieve gender balance. Both male and female staff of the Institute marked the day with a short walk and a program that paid tribute to the successes and outputs of women colleagues. 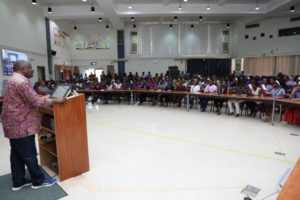 In his keynote address, IITA Director General, Nteranya Sanginga, recognized women taking on leadership roles in the Institute. “I am proud of our IITA women and I can say it anywhere without fear,” he declared. He further said that he was pleased with the qualitative output of female staff and noted that women have a lot more to do in getting IITA to play a more significant role in research and in the world.

Hilde Koper-Limbourg, Deputy Director General, Corporate Services, spoke of the need for a mindset-change in everyone, towards achieving a balanced world. “There are ways to deal with biological and sociocultural factors which restrain women, other than not hiring them,” she noted.

IITA provides equal opportunities for women in employment and empowerment in the workplace, in consonance with the organization’s mandate of gender equality. The Institute also recognizes that the challenges of poverty, hunger, and malnutrition in Africa cannot be addressed without considering the constraints faced by women farmers. In most communities, women provide most of the agricultural labor on the family farm and process food for markets as well as family consumption. This has led to the design of many initiatives supporting the participation of women in agriculture.

According to the UN, achieving a gender-balanced world requires innovations that work for both women and men, leaving no one behind.

This view was echoed by Irmgard Hoeschle-Zeledon, Manager of Africa Rising West Africa and East / Southern Africa. She said, “International Women’s Day should be a day where people unite to discuss the way forward for both women and men. It is necessary for women to think about the inferior to superior relations between them and men, especially in the homes where men are seen as bosses and have the final say in everything. Although we are different, we should be equal.” She suggested that to move forward, women should try to represent wherever they find themselves such that “superiority of one gender will become extinct.”

Commenting on the biological, political, and sociocultural constraints faced by women, IITA Plant Breeder and Geneticist Christian Fatokun noted, “Many women still perform credibly in various sectors all over the world regardless of the factors described as major deterrents; with those models, other women can be motivated to embark on developmental tasks.”

IITA Organizational Development Manager, Helen Adeniji, stated that while women converge to appreciate themselves and make action plans, people should remember that the world expects a balance between men and women. She stated, “Everyone has the ability to compete and achieve, and everyone should be given the opportunity to create innovation for the world. It is left to women to step up their game and compete favorably by presenting excellence in their chosen fields.”

The crux of the International Women’s Day is to encourage and support women to reach their full potential by being pioneers of innovation and change, in spite of national, ethnic, linguistic, cultural, economic, or political divisions. According to Sanginga, “We need leaders and builders; if a woman plays that role, she cannot be left behind.”