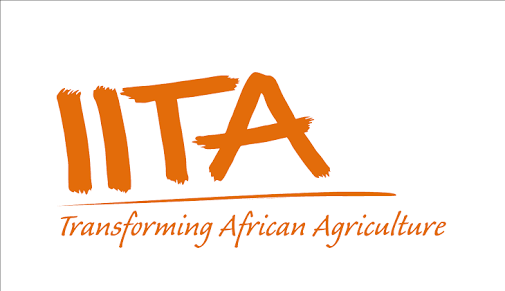 The International Institute of Tropical Agriculture (IITA) and the Eastern Africa Grain Council (EAGC) today signed an agreement to work together to tackle aflatoxin contamination of grains in the region to help ensure that they are safe for human and livestock consumption and meet export standards.

Aflatoxin is a highly poisonous chemical produced by a naturally occurring fungus known as Aspergillus flavus. The fungus is found in soils and attacks important crops such as maize and groundnut while in the field and in storage when they are not dried and stored properly.

Aflatoxin poses a serious health threat to both human beings and animals. Acute poisoning as a result of consuming foods with extremely high levels of aflatoxin can lead to instant death. Chronic exposure, on the other hand, as a result of consuming foods with above-the-allowable safe levels, for many years, can result in lowered immunity, low birth weight, and irreversible stunting in children and liver cancer.

Aflatoxin also causes loss in trade revenues due to contamination of products that do not meet the required standards. According to Partnership for Aflatoxin Control in Africa (PACA), Africa loses an estimated US$670 million in rejected export trade annually due to contamination by aflatoxin.

In the partnership agreement, IITA, a not-for-profit research institution that generates innovations to address major agricultural challenges in Africa, and EAGC, a membership organization that brings together key players across the grain value chain in Eastern and Southern Africa, will, among others, promote best practices and proven technologies to manage aflatoxin.

This will include promoting the use of Aflasafe™, an innovative, safe, and natural product that drastically reduces aflatoxin contamination in maize and groundnuts as part of an integrated aflatoxin management strategy.

The technology was originally developed by the United States Department of Agriculture – Agricultural Research Service (USDA-ARS) and is widely used in the US. IITA, in partnership with the USDA, has successfully adapted this technology for use in many countries in Africa.

“Aflatoxin contamination is a serious food safety issue in sub-Saharan Africa and also a major impediment to trade. We are therefore excited about this partnership with EACG that will, among others, support efforts to create awareness on aflatoxin and mitigation strategies. This includes the use of the very effective, safe, affordable and easy-to-use aflasafe technology. This will help towards the realization of our vision for an aflatoxin-free, food-secure Africa,” said Kenton Dashiell, IITA Deputy Director General for Partnerships for Delivery at the virtual signing of the memorandum of understanding (MoU).

EAGC, on the other hand, seeks to identify best practices in food safety and quality control among grain value chain actors to increase their potential in intra- and inter-African grain trade. The EAGC Executive Director, Gerald Masila, stated that “By reducing aflatoxin contamination in grains to safe levels, Africa could meet international food safety standards, thereby creating a huge opportunity for increase in grain exports potential.”

The MoU will leverage each organization’s comparative advantage to promote mutually beneficial cooperation in the areas of advocacy, research, capacity development, and awareness creation. EAGC and IITA will work together to shape quality grain production, support market linkages for increased regional grain trade, promote the implementation of EAC staple foods standards and aflatoxin control, and mobilize resources to attain and manage aflatoxin standards. The MoU is intended to increase cooperation through knowledge and experience sharing as well as mobilization of resources to maximize desired outcomes.

The Aflasafe technology had been registered for commercial use and transferred to the private sector for scale-up. To date, 14 products have been registered in 10 countries (Nigeria, Kenya, Senegal, The Gambia, Burkina Faso, Ghana, Zambia, Tanzania, Malawi, and Mozambique) with more under development in 12 countries.