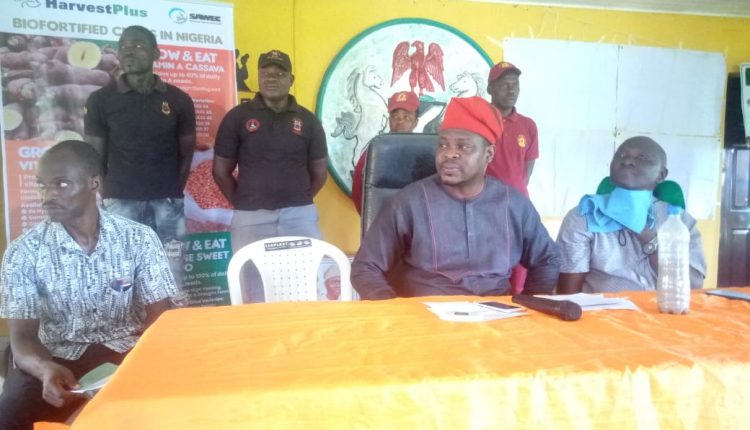 The Executive Chairman of Ido Local Government, Sheriff Adeojo has said that as part of deliberate efforts by his administration to boost food production has engaged stakeholders on agriculture and agribusiness in his local government by partnering with the International Institute of Tropical Agriculture (IITA) and the Nigerian Horticulture (NIHORT) to train farmers on modern methods of farming.

This was as he said that agribusiness has been identified as one key area his administration has is prioritizing as one it’s mainstays in order to be able to create employment opportunities for the teaming youths through agricultural value chain while increasing food production in the local government and the state at large. 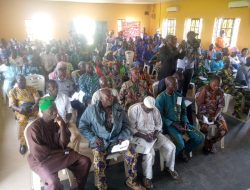 Commending the efforts of Governor Seyi Makinde, on his administration’s commitment towards youths empowerment and employment generation, Adeojo explained that he is also very particular on ensuring the commercialization of Vitamin A maize for health and economic benefits in the fight against malnutrition.

“In our determination to compliment Governor Seyi Makinde’s efforts in ensuring food security in Oyo state, my administration is leaving no stone unturned to ensure food security and make food available at affordable prices. To this effect we are in partnership with NIHORT, a federal government agric research institute and IITA to improve the capacity of our farmers.

“Recently I received and assured trainees on State Government’s Youth Entrepreneurship in Agribusiness Project (YEAP) that adequate land for immediate cultivation will be made available to start their agribusiness.

“I wish to greatly commend Engr Seyi Makinde for involving youths in modern system of farming through YEAP in Nasarawa state. This morning our farmers visited a demonstration plot at Akufo where farmers were taken to for sightseeing about the newly introduced Vitamin A maize to fight malnutrition in our communities.” Adeojo said.

Speaking further with Sunrisebulletin.com the Ido LG boss also said that the reason for focusing the capacity building and interaction with farmers on the Vitamin A maize is to increase production of the maize with the view to curbing malnutrition in Ido local government having identified the maize as one of the crops with very high content of Vitamin A.

“We are actually here today to introduce the Vitamin A maize to our farmers and our young agribusiness entrepreneurs who just graduated from the State Government’s Youths Entrepreneurship in Agribusiness Project in Nasarawa state because it is a great opportunity for them and for us at the local government to use their acquired skills to boost agriculture and agribusiness in our local government.

“You know I am personally an agronomist and Ido being known as the food basket of Ibadan I believe my administration should boost agribusiness with my professional expertise and knowledge.” Adeojo explained.

The council chairman however, explained that even though his administration faced the challenge of insecurity at the inception, the local government according to Adeojo is now very safe for both farmers and investors having set up Ido Security Network to stem the tides of insecurity urging investors to make Ido local government there primary place of outsourcing their raw materials.

He said “we have been doing everything perfectly to motivate young farmers and agribusiness entrepreneurs to come into farming. While I was Caretaker chairman of Omi-Apata LCDA, I have an acre of land to young farmers and same thing is done here in Ido. Since participants from Ido came back from Nasarawa, I have received them one on one and also shared vision and plans of the local government with them.” Adeojo explained.

The Oyo State Coordinator of Cassava Growers Association, Mr Adesiyan Bashir, in his remark commended Governor Makinde and the Council Chairman, Adeojo, for the opportunity given to farmers to learn new farming methods in order to increase food production in the state.

He maintained that it was however, not enough for government to provide only tractors for farmers saying that ground tillage has been one of the major challenge for most farmers urging the state government to empower local government more in the area of farming equipments such as plower, crop planter etc. stressing that such will readily make agribusiness more attractive to the younger generation of farmers.

Highlight of the event was the presentation of new farming methods and how to grow crops using newly introduced liquid zero-chemical fertilizer in order to record bumper harvest without damaging soil nutrients ahead of another planting season while commending Makinde and Adeojo for providing adequate security for farmers especially in Ido LG.

Other speakers and stakeholders who spoke at the event all lauded Governor Makinde and Hon. Adeojo for their delibrate efforts and investments in the agricultural sector with the aim of ensuring food security while meaningfully engaging the youths on agribusiness and modern ways of farming.

Present at the event are the Ido Lock Government Head of Local Government Administration (HLA), Director of Agric and other top council officials. Others are representatives from IITA, NIHORT, and secondary students from selected schools.

” I Am Excessively Happy”, Wasiu Olatunosun Gushes Over Renomination As Commissioner By Makinde