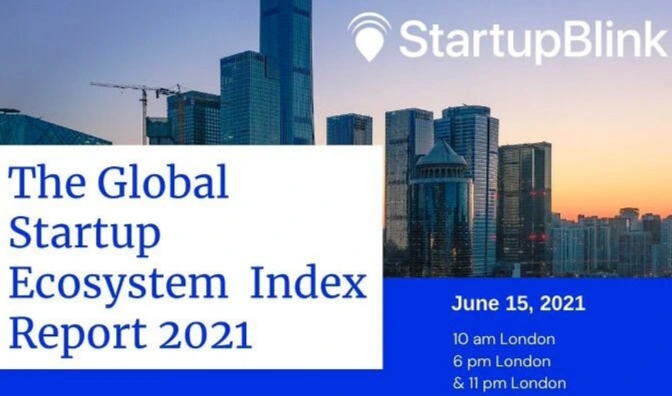 Efforts by the present Oyo State governor Engr Seyi Makinde at revamping the state’s economy and making the state the number One investment destination has started bearing fruits.Ibadan was named as the the second city in Nigeria start up capital Index.

This is according to a recently released report by The Global Startup Ecosystem Index by StartupBlink. This index has been updated annually since 2017 and is the world’s most comprehensive startup ecosystem ranking of 1000 cities and 100 countries.

The Global Startup Ecosystem Index is built using hundreds of thousands of data points processed by an algorithm which takes into account several dozens of parameters.

In total, Nigeria has 7 cities in the global top 1000 and continues to have the highest number of ranked cities of any African nation.

The Global Startup Ecosystem Index by StartupBlink has been updated annually since 2017 and is the world’s most comprehensive startup ecosystem ranking of 1000 cities and 100 countries. The Global Startup Ecosystem Index is built using hundreds of thousands of data points processed by an algorithm which takes into account several dozens of parameters.

RELATED
“As the world manages to slowly but surely innovate its way out of a devastating pandemic, it is clear that a new reality has emerged. Firstly, trends such as E-Commerce and remote work have accelerated at unprecedented speed, accelerating us toward an inevitable future where our digital presence is at times more dominant than our physical presence,” said CEO, StartupBlink, Eli David.

A notable increase in Africa is Nigeria now ranked 63rd globally. But overall, Nigeria still ranks behind South Africa that increased 4 spots to be ranked 48th globally. It will be the first time since this report was published, we have an African country in the top 50, StartupBlink noted.

US leads the world
The top 10 cities are San Francisco Bay, New York, Beijing, Los Angeles Area and London Others are Boston Area, Shanghai, Tel Aviv Area, Moscow and Bangalore. The US account for half of these The US leading the top 5 countries have all maintained their rank from last year, however, there are several deep changes and interesting insights. “Firstly, the United States maintains a massive lead over the 2nd ranked United Kingdom, showing a strong and dominant innovation scene across the 267 USA cities ranked in this report. Last year, the UK had a relatively large lead over the 3rd ranked country Israel, but this difference has now narrowed substantially with the UK and Israel having almost the same total score.

Brexit impacting UK ecosystem
For the first time since 2017, it seems that Brexit does have some negative influence on the UK ecosystem, which can also be seen in the rankings decline of London (more on that below). One more interesting development is a change in the group which we refer to as the “Big 4” Startup Ecosystems: the US, UK, Israel, and Canada. Canada is still ranked 4th, but it is now much closer to the solid ecosystem of Germany at the 5th spot than to the UK and Israel.