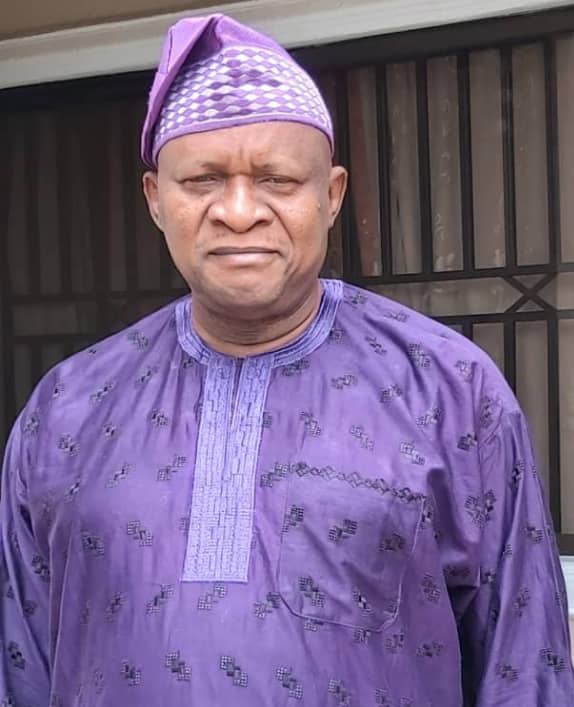 The Ibadan Recreation Club (1902) has honored a foremost Agricultural Economist who is the Chairman/Chief Executive, Collins Group Limited, High Chief Emeka Okoli with a distinguished Merit award for service to Mankind and humanity in its maiden merit award ceremony in Ibadan, the Oyo State capital.

The ceremony which held at the prestigious club’s premises at Onireke road had top state government functionaries and other business executives across various sectors in attendance. 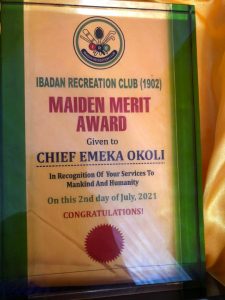 While presenting the award to chief Okoli, the president of the elite recreational Club, Mr. Olumakinde Oni described Okoli as a distinguished Nigerian who has contributed immensely to the development and advancement of the Nigerian society in many ways, hence, his choice as one of the honoraries of the maiden merit awards organized by the club.

He said the award is presented to eminent Nigerians who would serve as grandfathers of the club, as a mark of appreciation of their humanitarian efforts, and serve as a bedrock for the astronomical development of the club.

Speaking shortly after receiving the award on behalf of Chief Okoli, the Special Assistant to Governor Seyi Makinde on Community Relations (Ndi-Igbo) Hon. Kingsley Ike Esq. said the recognition is a call to greater service, and pledged to redouble efforts to support programs that will bring growth and development to the club.

He commended the strategic role played by the club since its creation in 1902, spanning beyond the fitness of its members to corporate social responsibilities, allowing her members to contribute meaningfully to the greater good of society. Chief Okoli, a strong Tennis enthusiast, joined the Ibadan recreation club in 1992 and served as vice chairman of the Tennis section between 2004 and 2006.