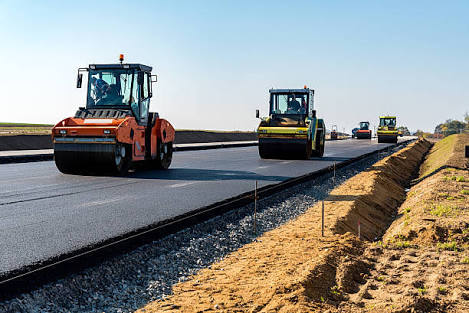 Infrastructure as a foundational service that improves the efficiency of an economy in any area and with the adequate infrastructure in Oyo State, would bring about greater economic development in the state and this will improve quality of life, sustainability and social well being of the residents.

Oke-Ogun is not only the food basket of Oyo state but also the geological basement of Nigeria in terms of Solid minerals.

The deplorable state of Oyo-Iseyin road has sub-optimized great investment opportunities in; Tourism, Mining and Agriculture.

The largest cassava farm in the southwest region of Nigeria is in Iseyin local government area.

Before the reconstruction of the road, travellers with goods usually offload their goods and push the vehicles across the muddy road. In the past, findings revealed that during the rainy season no vehicle was strong enough to complete end-to-end journey from Oyo to Iseyin without berthing at Ogun River for an onward delivery of passengers to the local crossers/ fishermen that subsequently carry passengers on their back and risk their lives to cross the flooded Ogun River to the other side. Governor Seyi Makinde has etched his name in gold with the reconstruction of the 65km road. While this is ongoing, the governor also approved the 44km of the construction of Iseyin-Ogbomoso road.

In the discussion of Harvey S. Firestone, the founder of the Firestone Tire and Rubber Company, one of the first global tire company in the world to the American Business group, Harvey revealed that “the growth and development of people is the highest calling of leadership”. Since the inception of governor Seyi Makinde, the Governor of Oyo State has been able to show to the good people of Oyo State that a successful economic development strategy must focus on improving the skills of the area’s workforce, reducing the cost of doing business and making available the resources business needs to compete and thrive in today’s global economy.

Recalling the statement made by Governor Seyi Makinde in November 2019 that Moniya-Iseyin road would be used as standard template for all other roads to be constructed in the state.

Truly, the asphalt overlay on Moniya-Iseyin is 50mm instead of 40mm and this will ensure durability.

The construction company also engage the services of the youths in the area for the project as this is promoting employment opportunities for the young and old that are interested in skilled jobs.

The National President, Iseyin Development Union (I.D.U), Alhaji Bayo Raji recently saluted the courage of the Governor for daring to take giant steps towards commercial development in the face of global economic crisis, occasioned by the Covid-19 pandemic.

The Iseyin Council of Society’s president, Hope Adeoti Lukuman also revealed that ICS is the umbrella body of all social groups in the ancient town and he extended the gratitude of Iseyin people on the approval for construction of the 44kilometers Iseyin-Ogbomoso road, all this attest to the importance of the road in the development of economy in Oyo State.

The corridors of the Ibadan-Iseyin-Ogbomoso road will contribute to the growth of the state in the following areas :
● The construction has widened up the road, a huge construction

●The road will increase farm activities at ijaye farm settlement.

● will boast the economy of Iseyin community.

●uplift a lot of people out of poverty.

●The road lead the state capital to okeogun, the food basket of the state.

● In completion the road will to a large extent solve the problem of moving farm produce from inner towns to Ibadan as farmers will make more money,

● economy corridor will spring up on the road as people are lifted out of poverty.

● The road would boost both intra and intercity transport links, improve trade,

● drastically reduce intercity transport connection, encourage trade and investment as well as bring about better socio-economic development to the citizenry.

Activities of Governor Seyi Makinde offers a framework to generate economic growth, achieve social justice, exercise environmental stewardship and strengthen governance. In lieu of this, the governor is aware that the road serves as a gateway to Oke-Ogun, the food basket of the state, goods, agricultural produce, as well as other vital items traverse this road and he promised adequate security on the road to ensure safety and proper use of the road.

A total commitment is paramount to reaching the ultimate in performance. Governor Seyi Makinde has etched his name in gold in the minds of Iseyin and Ogbomoso people as the construction also held a particular significance of reconnecting Iseyin people with ancentral ties with the people of Ilorin in Kwara State.

Oyo State residents have observed that the fragrance of flowers spreads only in the direction of the wind. But the goodness of a person like Governor Seyi Makinde spreads in all directions.

JUST IN: Affected Muslim Candidates Will Not Be Graded For Christian Content In CBT — TESCOM Replies MURIC