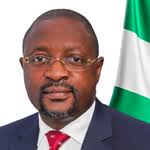 The Ibadan Youth Progressive Indigene Association (IYPIA) has criticised the conferment of ‘Friend of Ibadan Award’ on the Minister of Youth and Sports, Mr. Sunday Dare, stating that the minister has not contributed anything meaningful to Ibadanland to deserve such honour.

The group maintained that though it has the highest regard for the Central Council of Ibadan Indigenes (CCII), which honoured the minister, the award of ‘Friend of Ibadan’ to Dare was politically-motivated and misplaced.

The president of the group, Aare Alao Olalekan, challenged the organisers of the award to name one thing that Dare has done for Ibadanland to make him deserve the honour of being recognised as a friend of Ibadan.

The group noted that apart from the fact that Dare cannot point to any meaningful impact on the lives of Ibadan indigenes, the continued neglect of the Obafemi Awolowo Stadium, Ibadan and lack of federal presence in Ibadan in the areas of youth and sport developments are evidence that the honour is undeserved.

He equally called on Dare to mention how many Ibadan indigenes have benefited from his Ministry, stating that the Minister should have been honourable enough to reject the award for the mere fact that he “does not deserve it.”

The statement read in part: “We read with amusement the recent conferment of “Friend of Ibadan Award” on the Minister of Youth and Sports, Mr. Sunday Dare. The honour, to say the least, is misplaced.
“While we hold the CCII in high esteem, it is our belief that such noble award should not be politically-motivated.

“Mr. Dare has done nothing to justify this award; we challenge the organisers of the award and Dare himself to point out what he has done for Ibadanland or Ibadan people to deserve this noble honour.

“As it is, the obvious award that should have been given to Dare is “Political Friend of Ibadan” in justification of whatever favours he must have done to the few organisers, because the Minister cannot in honesty justify this honour.

“As a proof of our displeasure to the undeserved honour, the Liberty Stadium (now Obafemi Awolowo Stadium) still lay in waste. In less than seven months, the administration of Governor Seyi Makinde has remodelled and upgraded the Lekan Salami Sport Complex to a world standard. We Challenge Dare to show Liberty Stadium to the world and what will be seen is utter dereliction and abandonment.

“Aside the dearth of infrastructure, we equally Challenge Dare to publish the names of beneficiaries of scholarships and other programmes either in his personal capacity or as Minister and let Ibadan people see how many of their kinsmen are beneficiaries.

“The award of this honour to Dare is clearly a political move and we must add that it is a move that will yield no positive result, because Ibadan people are not easy to deceive. They will always see through individuals struggling to buy Ibadan citizenship for political gains.

“They will always reject these kind of people and also those who, though are Ibadan indigenes, but do not mean well for Ibadanland as their political antecedents
have shown over the years.”