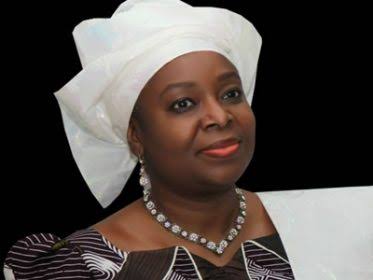 I will Miss Everything About My Father, He was Our Mentor: Jumoke Akinjide

One of the children of late Chief Richard Akinjide who is also a former Minister of the Federal Capital Territory (FCT), Chief Jumoke Akinjide, while speaking on the death of her father, said: “I can’t gather my thoughts now. He was the pillar of the family and was an inspiration to us and many.”

Asked what she would miss most about her father, Jumoke said “I will miss everything. He was our mentor. He was the one that kept everybody feet on the ground.

He was very far wise beyond his years. He was very deep. When everybody has said their own, he would speak from an angle that nobody really knew or thought about.

“One thing he imparted in us is excellence. He taught us to excel at anything we do. Even if you are a sweeper, he would say you should do it excellently well,” she said.

On the legal luminary’s thoughts about Nigeria prior to his death, Jumoke said her father loved Nigeria and was concerned about the how things had turned, though hopeful that a new Nigeria would emerge.

He loved Nigeria. Of course, he was sad to see how things were turning out, the breakdown of institution, law and order, economy and the social and ethnic fabric of the country.

“But he was always hopeful that we would overcome the challenges and Nigeria would emerge a great country that will lead the Black race eventually,” she said.

On how Chief Akinjide was interested in getting most of his children and grandchildren to study Law as a result of which the family can now boast of more than 13 lawyers, Jumoke said for her father, Law was his passion and politics, his hobby.”

The departed legal icon qualified as a lawyer at 22 years upon graduation from the United Kingdom and was called to the Nigerian Bar in March 1956.

Photo: The Lebanese Who Offered A Nigerian Girl For Sale On Facebook Arrested