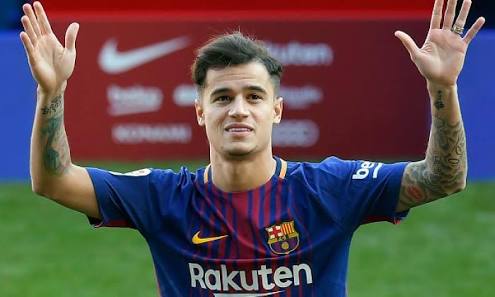 I Regret Forcing A Move Away From Liverpool, Coutinho Tells Friend, Club Replies

Former Liverpool FC player, Philippe Coutinho has reportedly expressed his unhappiness at his current situation of things with regards to his football career and has reportedly told friends that he regrets leaving Liverpool for Barcelona with his career now on the downturn.

The Brazilian left Liverpool for £142m after pushing hard for a move to Barcelona in January 2018, but things have not been rosy in Catalonia and the LaLiga champions are now ready to offload him after two and a half years.

The Spanish giants have told the 27-year-old he will be allowed to leave, and that his number 7 shirt will be passed on to Antoine Griezmann next season.

Coutinho, according to the Daily Mirror, has “admitted to friends that he made a big mistake in forcing his way out of the Merseyside club to join Barca”.

Coutinho is currently on loan for the season at Bayern Munich, but they have little desire to make that deal permanent in the summer via a €120m option clause, and Barca will be forced to find another loan club for him, with the potential of a permanent deal.

The tabloid report that “Liverpool have made definitively clear there is zero interest in bringing Philippe Coutinho back to Anfield.”