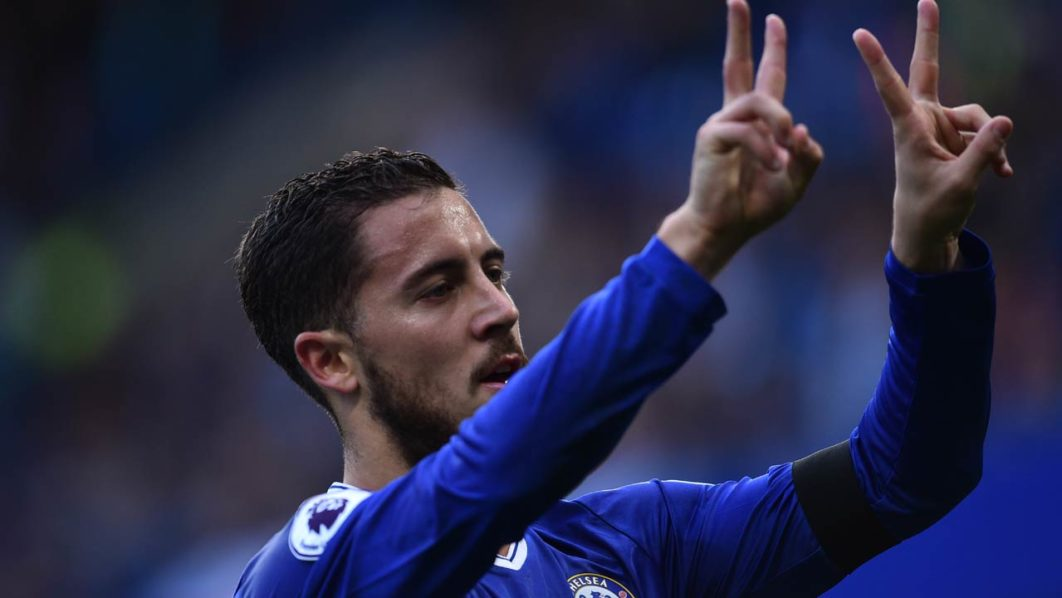 I have always dreamed of moving to real madrid- eden hazard

The Blues talisman admits he remains unsure over where he will be playing his football next season, as he opens up about his future
Eden Hazard says that he is finding it a ‘hard decision’ over whether to renew his Chelsea contract and has reiterated that moving to Real Madrid is something he has dreamed about.

Chelsea are keen to secure Hazard on a new deal following a summer of interest from Madrid, but the Belgium international has so far been reluctant to renew a contract which has less than two years left to run on it.

The 27-year-old has been central to Chelsea’s impressive form this season, with Maurizio Sarri’s side second in the Premier League on goal difference after eight games going into the international break.

Hazard is the Premier League’s top goalscorer with seven goals after his strike in Sunday’s 3-0 win at Southampton and he admits that his next decision could define his future.

“Yes, that’s why I spoke after the World Cup and I said that I think it is time to change because I played a great World Cup,” Hazard told reporters at St Mary’s Stadium. “I am really in the game, I am playing good football at the moment. Real Madrid is the best club in the world. I don’t want to lie today.

“It is my dream since I was a kid. I was dreaming about this club. We will see. I don’t want to talk about this every day. I don’t have time, but we will talk about my future soon. I think so. It is also when you have a dream and you want to make it happen.

Hazard’s close friend Thibaut Courtois has become a pariah among the Chelsea fanbase after a series of press conferences has left them frustrated.

Chelsea fans now have a number of unflattering chants for their goalkeeper, who ran down his contract to force a £35 million summer move to Madrid, and Hazard says he is wary of tarnishing his reputation, like Courtois, should he leave Stamford Bridge.

“In my head, sometimes in my head I wake up in the morning and think I want to go. Sometimes I think I want to stay. It is a hard decision. It is my future. I am 27 and I will turn 28 in January.”

Chelsea regard Hazard as their most marketable player and a contract renewal could see their star man become a real club legend. He already ranks in the top 10 goalscorers of all time at the club, while he has won a host of honours already at Stamford Bridge.

Hazard would land a new five-year deal in west London on around £300,000 a week upon a contract renewal but he is still unsure if there is any one thing Chelsea can do to finally close the deal.

“I don’t know,” when asked what it would take to convince him to stay. “I am happy and I don’t need anything. It is not trophies. Of course, when you play, you want to win, but I just want to enjoy things on the pitch, like I am at the moment. Then, I am happy.

“I could talk now. If they come to me, then I will talk. I don’t want to say that I am not talking (at all) with the club or the owner. I am talking a lot with them. So, we just need to find a good solution.”

What is clear is that Chelsea are becoming reliant on Hazard, who has been involved in 12 goals in his last 11 appearances, scoring nine times and providing three assists.

Hazard was asked whether he was fed up with questions about his future and contract situation but signed off in honest fashion.

“No, this is part of journalism, you know,” he added. “It is better to talk about football but it is okay, no problem.”

Trump apologise to Judge Kavanaugh over “campaign of lies”