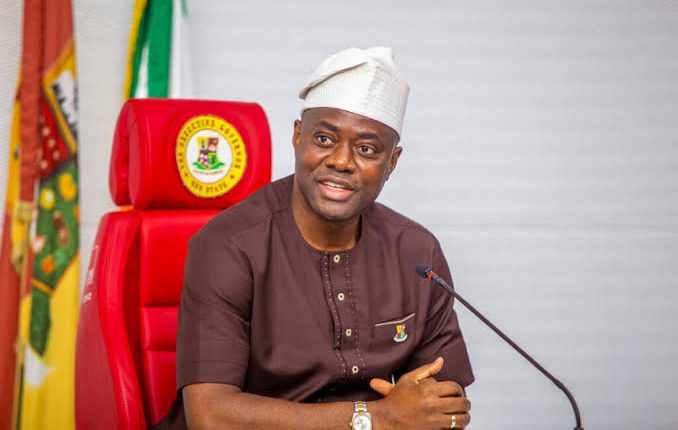 Leaders of governments all over the world are on a constant quest to make their countries more prosperous . They are always on the lookout for, or initiating programs and ideas that would boost economic growth in their domains.

In an interview with Fortune Magazine, Sultan Ahmed Bin Sulayem, Group Chairman of DP World and Chairman of Ports, Customs and Free Zone Corporation in Dubai, worth billions of Dollars, was asked the formula for success. His response was ” Build a port, establish a Free Trade Zone around the port and the build luxury hotels and housing nearby.”

It appears that the Executive Governor of Oyo state, Engr Seyi Makinde, is also of the above mindset, if what he has embarked upon since assuming office is anything to go by.

The Makinde administration, through deliberate efforts, is working hard to trap commerce not just in the capital city, but the state. If the present arrangements is allowed to continue, the state is set to rival Lagos as an economic hub sooner than expected.

Great leaders they say usually think alike. Governor Seyi Makinde and Sultan Sulayem operate from the same flow of thoughts with regards to trapping commerce in their domains.

Let us take a look at how Governor Makinde has worked assiduously, in just a little over three years, to make the state a commercial hub.

Oyo state, unlike Lagos and some other states, is land locked. Therefore, building a Seaport is obviously not possible. Consequently, Makinde is developing the Ibadan Airport and upgrading it to international standard. That way, bigger commercial and cargo planes can come in, bringing more business people, tourists and merchandise.

The upgrade of Ibadan airport will, without a doubt, also attract more corporate bodies into the state in the not too distant future. I see corporate bodies relocating their headquarters to Ibadan as Lagos is obviously getting more overcrowded. When this happens, commerce is trapped in Oyo state, and residents get richer.

The influx of real estate companies into Oyo state is as a result of the conducive business environment that the administration of Governor Seyi Makinde has created. It is instructive to note that the attraction is not mere happenstance. It is by the deliberate effort of the present government to encourage the private sector to provide housing for every strata in the state. Also, through the state ministry of lands and the Oyo state Housing Corporation which has received a massive and impactful turn around under the supervision of His Excellency Barrister Bayo Lawal, Deputy Governor, Oyo state, the government is opening up new estates. This is to ensure that the state is prepared for the human inflow expected in the coming years.

In the same vein, the hospitality industry, particularly in Ibadan, has witnessed tremendous growth with luxury hotels dotting most parts of the city. I stand to be corrected, but it is doubtful if there is any other state capital in the South-West, asides Lagos, that can boast of better hotels than Ibadan.

Another area where Makinde has worked at trapping commerce in the state is in his administration’s ability to pay salaries of Civil Servants consistently in the last three years on the 25th of every month, inspite of the tough economic realities. This not only commendable, but simply outstanding. According to available reports, the state’s wage bill is about Seven Billion Naira monthly. With this amount regularly injected into the state’s economy, businesses are doing well and commerce is thriving.

Without security, commerce cannot thrive. In view of this, the state government, led by Engr. Seyi Makinde, has expended a lot of resources to ensure that lives and properties are safe. He has provided over 100 operational vehicles to security agencies in the state that are fully equipped with security equipments. He has recruited over two thousand youths into the state’s security network code named “Amotekun”. All these, plus more, he has done to ensure that residents and businesses are secured.

Other enablers that the Makinde administration has put in place to trap commerce is the”Light Up Oyo Project”. This has ensured that businesses that operate at night do so in safe and bright environment, Commerce is awake 24/7 under governor Seyi Makinde not just in Ibadan, but most parts of the state through the light up Oyo Project.

Roads are getting the desired attention and Oyo is booming commercially.

Things can only get better for the state with another four-year term for governor Seyi Makinde. Under his watch, Oyo state would truly reach its potential as the Pacesetter state in terms of commerce.

Makinde has upgraded the airport, created a conducive environment for housing and luxury hotels and who knows if the free trade Zone in the state is next in line.