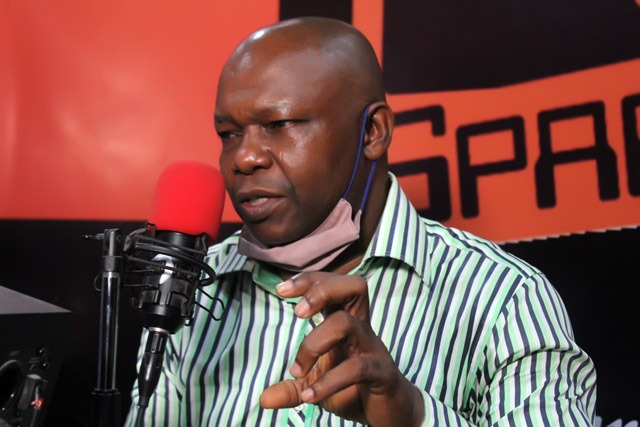 A former Media Adviser to Late Senator Abiola Ajimobi, Dr Festus Adedayo has revealed how he benefitted from the former Governor of Oyo State’s policy of being ‘stubborn’.

Adedayo made the revelation on Tuesday while featuring on Parrot Xtra Hour On Radio, a weekly radio show anchored by Olayinka Agboola broadcast live on Space 90.1fm, Ibadan, the capital city of the state.
The popular columnist said he was almost dropped from the team that worked with ex-Gov Ajimobi during his first term in office.

According to the experienced journalist “Governor Ajimobi had gone to see his political mentor, Alhaji Lam Adesina with the list of his first set of appointees during his first term and the list had my name as the Media Adviser, Dr Adeolu Akande as the Chief of Staff and the name of the Secretary to the State Government. My name was singled out to be dropped because I had been hard on Alhaji Adesina when he was the governor of Oyo State.
“It is important to note here that since 1998 when I started writing my column, I wrote to constructively criticize all the governments including that of General Abdulsalami Abubakar, a military administration.

“So, when Alhaji Lam asked Senator Ajimobi to drop my name, he simply told his political leader that he had made up his mind and he had already asked me to resign from where I was working. He asked his leader to forget and allow things to be. If it was another person that was not stubborn, I would simply have been dropped. I dare to say here that I benefitted from Ajimobi’s stubbornness.”

While speaking on the demise of his former boss, Adedayo, a scholar and lawyer had this to say “It is really painful to me, I feel pained that we have to be referring to Senator Abiola Ajimobi in ‘past tense.’ He was a great man in his own way. He was also a workaholic”.

When asked how he feels about the post-burial media outings of the late Ajimobi, Adedayo used the opportunity to appeal to both the widow of the deceased, Chief (Mrs) Dr Florence Ajimobi and the present Engineer Seyi Makinde-led administration in the state to allow the spirit of the dead to rest in peace adding that the deceased will not be happy that people are now passing blames and exchanging words.

“In my own small way, I will like to appeal to the two parties to forget their differences to honour the departed. I will also like to humbly call on Ibadan elders to quickly intervene so that the bad blood will be neutralized. The differences between the two parties should be worked out amicably.

Adedayo was also asked to talk about how he felt when his appointment as the Media Adviser to the present Senate President, Dr Ahmad Lawan was cancelled.

His words “It was not God’s plan for my life. And I thank Him because I am better off. If I had taken up that appointment, I would not be a Lawyer today and I would not have been able to write that book on late Ayinla Omowura that people are now talking about.

“Moreover, the lesson I learnt from that experience was that I must never again allow sentiment or people to take my projection for my life and plans away from me. I must remain focused and always follow my mind.”

‘Parrot Xtra Hour on Radio’ which is a production of Prokonnect Limited, the publishers of PMParrot.com and Parrot Xtra Magazine hit the airwaves on January 7, 2020 and has since hosted the likes of AIG Bashir Makama, Professor Banji Akintoye, Dele Odule, Arc Muyiwa Ige, Professor Abiodun Otegbayo of UCH, Toyin Adegbola Ajoke Asewo, Professor Ayobami Salami of the First Technical University, Ibadan, Commissioners and several others.