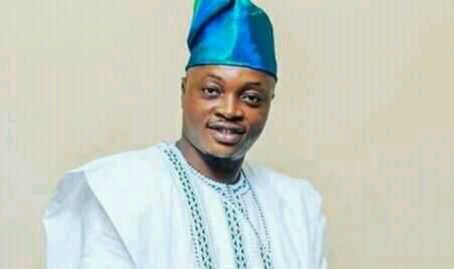 The lawmaker representing Ibadan South West state constituency I under the platform of Peoples Democratic Party (PDP) and son of popular fuji star Taye Currency, Hon. Yusuf Adebisi Oladeni has commenced the training of no fewer than 30 members of his contituency in various vocational training ranging from fashion design, hairdressing, make ups, etc. so as to reduce the unemployment rate in his community.

Hon. Adebisi while addressing newsmen yesterday shortly after addressing the trainees at the training centre in Ibadan stated that one of his top priorities aside his primary legislative duties in the house of assembly is to influence whatever will create employment opportunities to his constituency noting that the long and short story of youth restiveness in the society is due to lack of productive engagement of the youths who have continued to have high hopes and expectations from governments at various levels.

He said “I am very pleased to be here today for the commencement of this 7 day intensive vocational training for my people, i do not believe in giving people fish everytime, i believe in teaching people how to fish themselves so that life can be much better for everybody and this is the motivation behind this training program.” “I have told the participants that at the end of their training i will support them with little start up capital for them to hit the ground running immediately, and if they are good in what they do i will personally patronize them and even influence some of colleagues to patronize them, i am a youth but i am a youth with a difference because i want other youths to emulate me and be inspired by me, although, this thing i am doing is from my private purse because we as lawmakers are yet to get any money for constituency projects.” He expressed optimism that this guesture will be a moral booster that will let the people appreciate the fact that we are there to serve them.

Hon. Adebisi however enjoined all youths to eschew violence because real developments can only be made manifested under a peaceful society.

Another Mass Shooting Averted In California