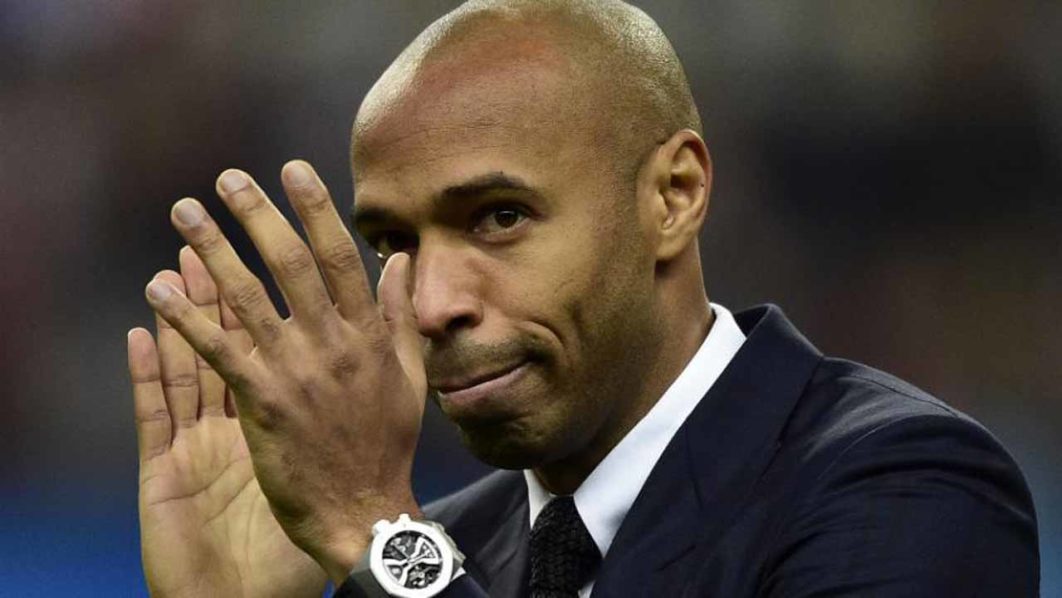 Radamel Falcao secured Thierry Henry his first win as Monaco boss with a free-kick that would have made his manager proud as Paris Saint-Germain warmed up for Liverpool’s visit by strengthening their hold on Ligue 1 with a routine win over Toulouse without Neymar and Kylian Mbappe.

The Colombian striker struck with a dipping set-piece nine minutes after the break, and Henry could be seen smiling on the touchline as his players celebrated Falcao’s winner wildly.

“I’m happy for the team, all the fans, we needed that, even if it was not a match for the purists,” said Monaco coach Henry afterwards.

“Style is important, in general, but… we can think about style later.”

Falcao’s fifth league goal of the campaign secured Monaco’s first win in any competition since the opening day of the league season, a miserable run of form that has left them second-bottom in Ligue 1 despite Saturday’s win.

The victory came seven games into Henry’s reign at Monaco, where a host of injuries has further complicated an already difficult start to his tenure.

“This is only the beginning, there are still a lot of matches and battles to come. I happy for the team, for the hard work they put in that for a while was not rewarded.”

Disjointed PSG
Earlier on Saturday Uruguay striker Edinson Cavani saved a disjointed performance from runaway leaders PSG to maintain their 100 percent start to the season ahead of the crunch Champions League clash with Liverpool on Wednesday.

Neymar and Mbappe were both injured during friendlies in the international break, and PSG are sweating on their recovery for the huge Group C clash with the Parisians just a point behind the Reds and Napoli and gunning to qualify from the competition’s tightest group.

Shorn of their two stars, PSG dominated possession but struggled to create chances against 15th-placed Toulouse.

However coach Thomas Tuchel said that he was “optimistic” that the pair could return for the match at the Parc des Princes.

“I am more optimistic (than on Friday) because both did individual training today,” said Tuchel after his team’s win.

“I hope they will be able to train with the whole team on Monday.”

Cavani ensured that their domestic dominance was consolidated when he expertly controlled a ninth-minute knockdown after a period of scrappy play, then spun Toulouse defender Kelvin Amian with a neat flick before firing home the winner.

His goal put PSG a full 15 points ahead of second placed Lyon, who prevailed in a tight derby with Saint-Etienne on Friday night thanks to Jason Denayer’s second half header.

On Sunday Lille can take back second place from Lyon with a win over Nice, while local rivals Montpellier and Marseille continue their battle for the Champions League places.

Rudi Garcia’s Marseille are sixth but would overtake Saint-Etienne should they beat lowly Amiens, while their fellow southern club Montpellier take on Rennes knowing a win would take them second should Lille stumble at Nice.

Metele Killings: Nigerians calls for investigation into spending by the military.