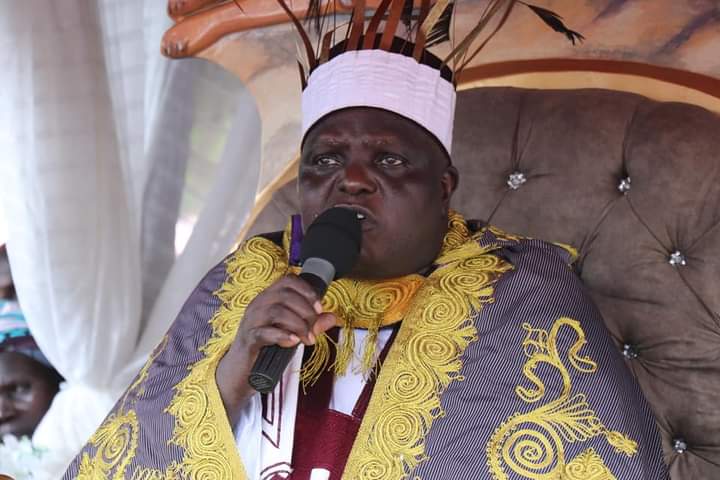 The new king of Bachama Kingdom, in Adamawa state, Dr. Daniel Ismaila Shagah (Kpawo Nomwe, Gilongo Diya) has ascended his ancestral throne with a pledge to end violence in the area.

The king, who identified injustice as the root cause of crisis, vowed to engender peace within his domain through a robust dialogue among critical stakeholders.

Shagah’s ascension comes shortly after violent communal clashes in parts of his kingdom, involving Hausa and Shobo tribes in Tingno as well as Waja and Lunguda tribes in Lafiya-Lamurde.

Since 2017, Numan federation has been riddled with violent crisis, ranging from herders/farmers crisis and tribal clashes, causing destruction many lives and property.

Also on Wednesday, five paramount rulers from southern Adamawa state, paid the new king a solidarity visit and assured him of their support on his peace mission.
The rulers who were led on the courtesy visit by the Hama Batta HRH Alhamdu Gladstone Teneke also informed the new King that they have been operating as one indivisible entity where they cross fertilise ideas and harness their various deliberations for the benefit of their domain. They also noted that the Bachama Kingdom has been strategic to peace processes in the state and as such the new monarch has a task on consolidating on the gains associated with their union.

The royal fathers dwelled extensively on the need to build peace and to restore normalcy in the area.

Shagah, therefore, promised to pursue justice, which he noted would in turn bring lasting peace amongst his subjects.

He said, “I would receive counsels from all of you and will pursue justice, therefore as we work towards promoting peace for our people; the state and the country would be the better for it.

“I’m happy because am in the midst of a family of those that have been there and are willing to work for peace.

“Our decision would be based on wise counsel, as every other thing is after peace and prosperity of the people.

“If we work in synergy, there would be no dull moment, as unity and friendliness should be strengthened day by day”, he said.

His Royal Majesty Dr Daniel Shaga Ismaila (OON) ascended the throne of his fore fathers as the 29th Hama Bachama after the demise of Homun Honest Irmiya Stephen.