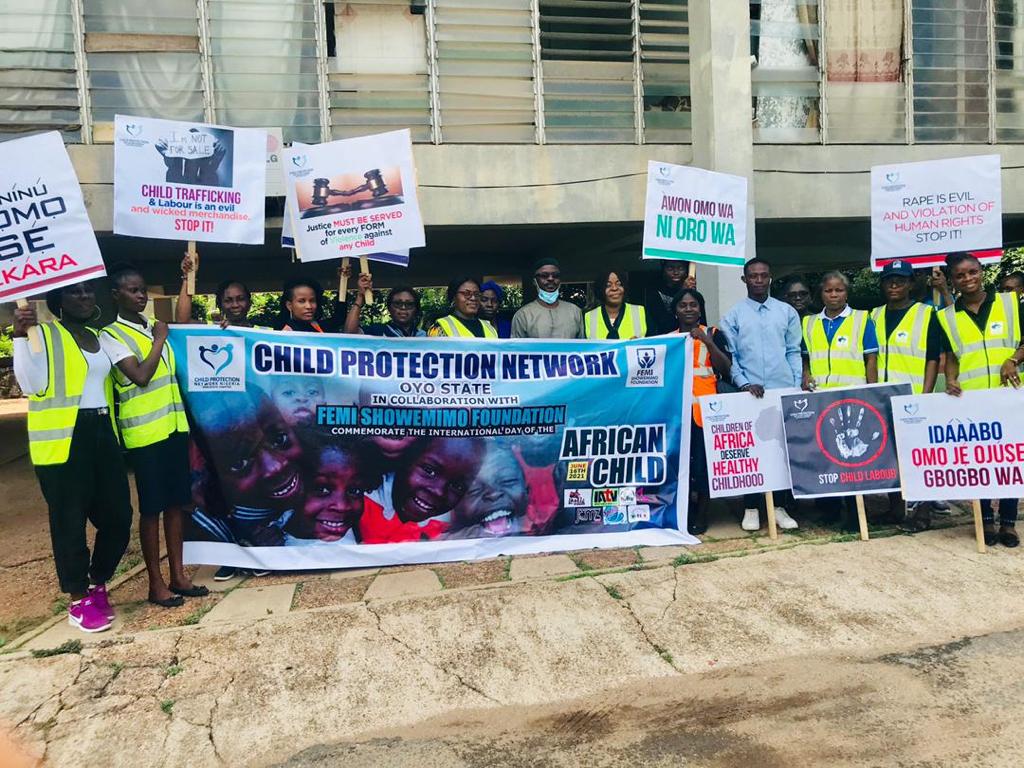 Oyo State CPN stated this during an advocacy visit to the Oyo State Government in commemoration the 2021 Day of The African Child.

The groups carried placards with various inscriptions such as ‘Rape is evil, violation of human rights should stop’, ‘Justice must be served’, ‘ Children of Africa deserve healthy childhood’s, ‘Stop child labour’, and others.

The Oyo State Coordinator of CPN, Mrs. Oluwatoyin Ogedengbe also called on the Oyo State Government to enforce laws that prohibit child abuse and violence of rights of children.

Mrs. Ogedengbe said:”We know there are laws in place already – the Child Rights Law of 2006 and Violation Against Persons Prohibition Law 2020 which Governor Makinde assented to in March.

“But we are asking for the full implementation of the laws. Offenders should be punished appropriately. There should be Sex Offenders Register to serve as a deterrent to the would-be offenders. All hands must be on desk if our children are going to be fully protected.

“A full implementation and enforcement of the articles of the Child Rights Act to further complement the work of the Family Court.

“There is a need for a coherent Social Protection System which will address the root causes of violence and abuse on children.

“Prosecution of offenders and a public naming and shaming by putting in place the Offenders Register”.

Also, the Public Relations Officer of CPN, Mrs. Oluwatoyin Daniel, said the environment must be made safe and secure for children.

“Sex offenders should be shamed and punished. Everyone should be involved in dealing with rape and violence against children”, Mrs. Daniel added.

The group later visited the Oyo State Commissioner for Education, Science and Technology, Olasunkanmi Olaleye, who said the government had taken steps to protect children in the state. Olaleye therefore, expressed his readiness to be part of the Child Right Club of CPN.

Twitter: FG Pushes Hard To Regulate The Internet In Nigeria