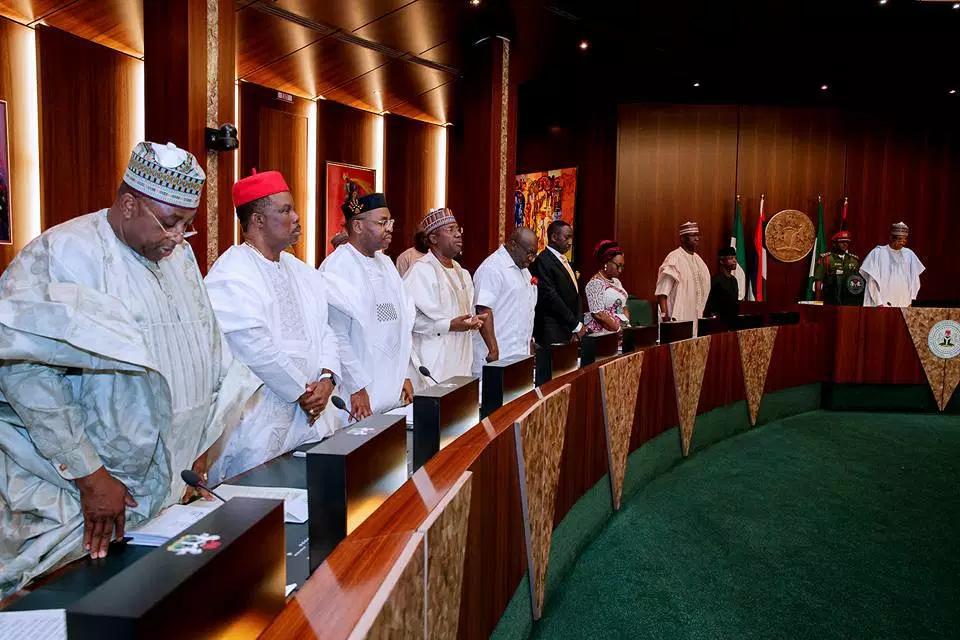 The Nigeria Governors’ Forum has insisted that state governors cannot afford to pay the N30,000 minimum wage demanded by the labour unions.

“There is no way states will abide by N30,000 minimum wage just because the president said so,” NGF spokesman Abdulrazaqe Bello-Barkindo said on Channels Television’s Sunrise daily.

The governors of Nigeria’s 36 states after a meeting on October 30 said they could only pay N22,500 as the new national minimum wage.

However, the tripartite committee set up by President Muhammadu Buhari submitted a report that proposed a N30,000 minimum wage. Though Buhari didn’t endorse the proposed minimum wage, he said he was committed to having a new National Minimum wage act soon.

The governors have complained of a paucity of funds which hinders them from financing the huge fiscal responsibility.

“When they had their last meeting, it was made very clear that governors can only pay up to 50 percent as salaries and other 50 percent of the revenue will go into education, health, infrastructure,” Bello-Barkindo noted.

The country’s labour unions insisted on a minimum wage of N30,000 and threatened to embark on an indefinite strike if their demands are not met.

However, the projected strike was suspended on Tuesday after the federal government agreed to consider the organized labour demands.

Against the federal government’s conciliatory concession, Bello-Barkindo, however, stated that “if the NLC plays its game right maybe governors would adjust not definitely to 25000 or 30000 naira but to maybe adjust by N50 or N1,500.”

Despite the governors’ position on the minimum wage, Bello-Barkindo insisted that the governors are sensitive to the workers’ needs but there are more vulnerable people who need the money in the society.

The group’s spokesman alleged that the NLC is “bad-washing” the governors and affirmed that labour unions “lack initiative.”

“Labour in Nigeria is lacking initiative. They don’t work for the workers, they only ask for money or go on strike, they don’t do anything. They continue to look at governors and says governors are spending money,” Bello-Barkindo said.

“Remember there was a labour president that became governor he didn’t move around in bicycles but he moves around in convoys,” he added.

Bello-Barkindo maintained that the governor had agreed that each state will only take care of its workers according to the revenue generated in the state.

“Some states have been struggling with N18,000 how do you expect to pay more than N22500 but I believe that in coming days or weeks their is going to be a resolution by the governors,” Bello-Barkindo said.