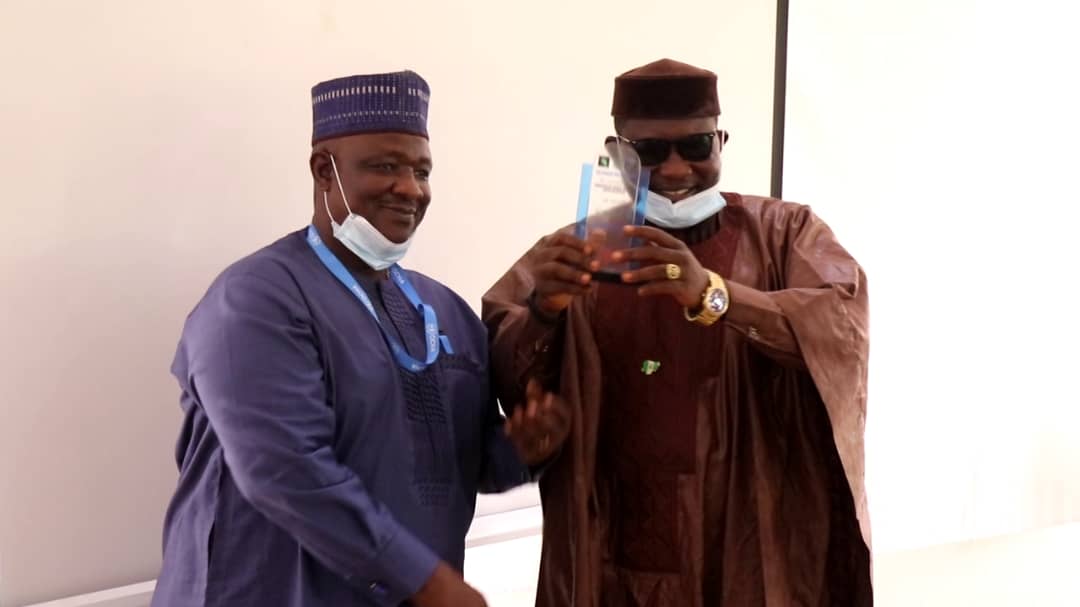 At an eleborate event at the AUN Club in Yola, the Governor who was represented by the Chief if Staff Professor Maxwell Gidado appreciated all non Governmental Organizations and development partners for sustaining the vigour at which they provide life impacting service to the deprived and the vulnerable in the society.

Several other recepients of various categories of awards applauded the organizers of the event for doing a appreciable task.

The Environmental Care Foundation which is a development and humanitarian non Governmental Organization has been working to promote sustainable development in various thematic areas in the north East more visibly in Adamawa State.

The award presentation according to the organizers is is an effort to recognize the sons and daughters of the state and other distinguished Nigerians who have excelled in service to the Federal or State Government, Government agencies and development/ humanitarian work such as INGO,NNGO, and other experts that have contributed to various development in the state . The award recognized also community leaders and religious leaders in the state who have performed excellently in the last four years of their respective offices and positions.

The occasion which also was a symbiotic marking of ECN at Ten was preceded by a plenary session where participants, discussants and penalists brainstormed on Humanitarian and Development nexus and the ways of working. While Professor Nana Tanko, Dr Abdullahi Bell and Mr Moseray Sesay, Na Geraldine Ezeakile and Amb Peter M Egwuda served as penalists, Dr Amos Yusuf moderated and Leader Leneke served as master of ceremony.

All COVID 19 protocols were observed with a limited number of participants.