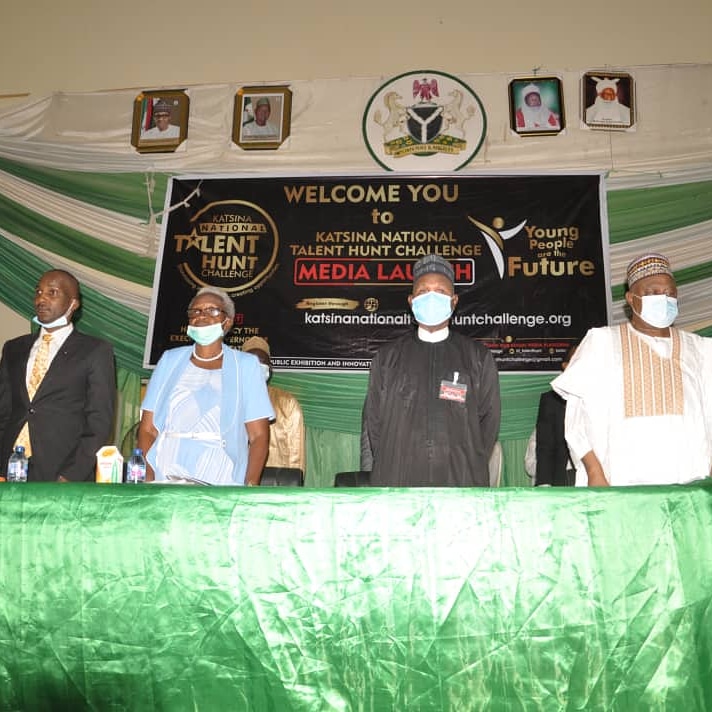 Governor Aminu Bello Masari has approved for immediate employment of first class graduates of Umaru Musa Yar’adua University into the civil service of the state.

He explained that engaging the young and brilliant graduates was aimed at reducing unemployment as well as fill the gabs created by frequent retirement from service.

Alh Aminu Masari further disclosed that his administration has accorded top priority in restoring the lost glory education in the state.

According to him the sustenance of qualifying examination by his administration is yielding the desired results in encouraging final year students of secondary schools to excel in the NECO and WAEC examinations.

The Governor pointed out that in 2019 Katsina state clinched the leading position in the presidential debate.

He noted that currently the state is taking part in this year’s edition of the competition.

The Governor commended the organizers of the Talent Hunt competition and hoped that fairness would strictly be adhered in identifying the best among the contestants.

Earlier in an address of welcome the state deputy Governor Alh Mannir Yakubu assured that the present State administratin will continue to support youths by formulating policies and programs that will be of immense benefit in building their capacity.

According to him in realisation of the present era of technological advancement,state government would not neglect its teeming youth’s without hernessing their talent for future development of our society.

In his presentation on the concept of the program the Special Adviser to the state Governor on higher education Mall Bashir Usman Ruwan Godiya said those emerged as the best one hundred winners taking First,second and third would be rewarded alongside with some others closed to them.

According to him all entries must be submitted before the eighth of February 2021 when the actual competition is about to start.

Mal Bashir Rwan Godiya said the competition is targetted at students and other interested individuals who have talents on the areas of Architecture, Engineering, Industrial and Artistic design who are of ages of between twelve to forty years.

In her address the guest speaker Professor Mrs.codelia Olatakumbo Oshashuna from Obafemi Owolowo University Ile Ife appreciated the foresight of the Governor for initiating the talent competition that would ginger youths not only from Katsina State but the country in general.

Another guest speaker Dr Jelani Aliyu the who is the Director General National Automotive Design Development Council promised to patner with Katsina State government for the planned Automotive Center to be established by the state government.

In their separate goodwill messeges an Abuja and Katsina based operators of Auto Beauty and Innovation center Engineer Hassan Yunusa Musawa and Architect Kabir Kebron promised to support some of the talented youths identified.

Others include Professor Babangda Kofar-Bai, Representative of interior design Abuja,initiator of a London based black TV station as well as chairperson interior design Association of Nigeria promised to support the talent hunt initiative.

In a vote of thanks the Chairman organising committee of the Katsina state National Talent Tunt challenges Engineer Faisal Jaafar Rafin Dadi thanked the state Governor Aminu Bello Masari for initiating the competition and others for their various support toward its success.

Highlight of the occasion include the presentation of honorary membership to the state Governor by the interior design Association of Nigeria .