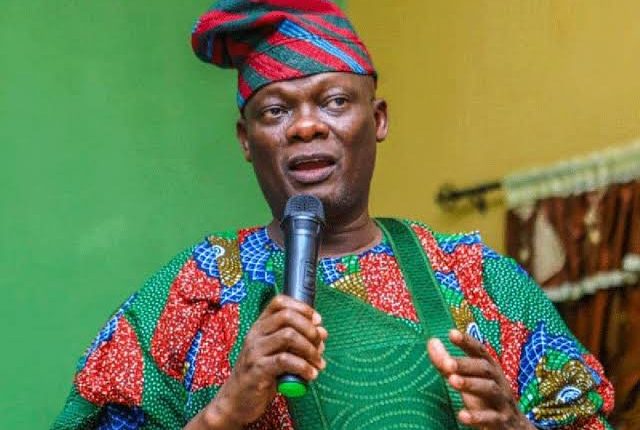 Indications have emerged to suggest that governorship candidates of the ruling All Progressives Congress (APC) in states controlled by aggrieved Peoples Democratic Party known as G-5 Governors are not happy with the party (APC) ahead of the general elections slated for a few months away from now.

Findings conducted by Saturday Telegraph during the week revealed that candidates of the APC in Oyo and Rivers States, Senator Teslim Folarin and Tonye Cole, are feeling alienated by the perceived decision of the leadership of the party to pay premium on wooing the opposition instead of boosting their campaigns. The leadership of the APC had in recent times been making frantic efforts to profit from the crisis within the opposition Peoples Democratic Party (PDP) whose five elected governors and other stakeholders are up in arms against the party’s leadership over the continued stay of the National Chairman, Senator Iyorchia Ayu, in office.

The aggrieved governors led by their Rivers State colleague, Chief Nyesom Wike, have in recent times been fraternizing with the APC, particularly its Presidential Candidate, Asiwaju Bola Ahmed Tinubu, with observers speculating likely alliance that might mean a likely trade off of the governorship candidates of the APC in the affected states.

This has however been causing some form of disquiet within the affected state chapters of the APC with many of the chieftains and stakeholders lamenting and bemoaning their fate. A source within the Oyo State chapter of the APC in a chat with Saturday Telegraph on Friday said members are currently in quandary over the continued rapport between the leaders of the party and the G-5 Governors.

“I can tell you that our members are not too encouraged with the manner with which our leaders at the national level are hobnobbing with these G-5 PDP governors. “This situation has seriously impacted on the morale of members who are wondering what is going on,” a source within the party said. Governor Seyi Makinde of Oyo State who is a member of the G-5 Governors has expressed his readiness to support the Presidential bid of Tinubu through his Deputy, Alhaji Bayo Lawal, endorsed the former Lagos State governor at a function of the pan Yoruba socio-political group, Afenifere, a few months ago.

“The endorsement caused some ripples within our party. Our leaders have been doing a lot to douse tension within the party because for some time now, the focus of our leaders has been on how to keep the morale of members together with a view to going into the elections as a united family,” the source said. The situation is the same in Rivers State where many chieftains are said to be very unhappy with the party.

“Many members of the APC here in River State are very unhappy with our party because of this un-holy relationship between Governor Wike and our leaders at the national level. “It is as if we don’t exist as a party here in River State. Our condition is even made worse by the continued taunting of our members by PDP members who are openly boasting that the National Headquarters of the APC listens more to them than us,” a highly placed source within the party stated in a chat with our correspondent.