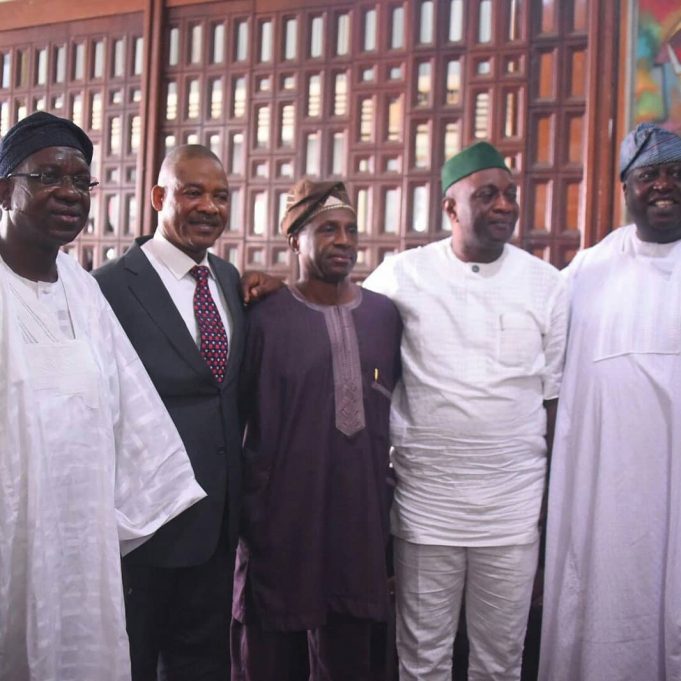 Sunrisebulletin.com can confirm that Twelve governorship aspirants on the platform of the African Democratic Congress, ADC, have approached a federal high court in Abuja, the country’s capital, over what they described as imposition of Sen. Olufemi Lanlehin as the party’s candidate for the 2019 governorship election in Oyo state.

checks revealed that the petition with suit no FHC/ABJ/CS/1145/2018, the aspirants- Festus Adegoke, Nurein Adeniran, Ayodele Adigun, Yunus Akintunde, Sharafa Alli, Taofeek Arapaja, Kola Balogun, Lowo Obisesan, Remi Olaniyan, Oluseye Opatoki and Remi Oseni, asked the court, among other things, declare the selection of Senator Olufemi Lanlehin null and void.
Also joined along with Lanleyin as defendants are the Independent National Electoral Commission, the ADC, the party’s national chairman- Chief Ralph Nwosu, its chairman in Oyo State, Dr Hammed Ayinla, its national legal adviser, Chief Peter Oyewole, Chiefs Rashidi Ladoja, Michael Koleosho, Olayiwola Olakojo and Dr Busari Adebisi.
It will be recalled that the 12 aspirants through an advertorial in some national newspapers today insisted that the emergence of Senator Lanlenhin is illegal an will not be accepted by them.