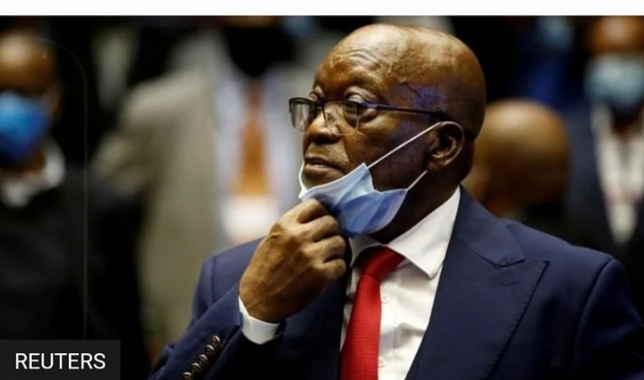 Former South African President Jacob Zuma has been placed on medical parole, according to the Department of Correctional Services.

In a statement released on Sunday afternoon, the department said: “Medical parole’s eligibility for Mr Zuma is impelled by a medical report received by the Department of Correctional Services. Apart from being terminally ill and physically incapacitated, inmates suffering from an illness that severely limits their daily activity or self-care can also be considered for medical parole.”

Zuma’s medical parole means that he will complete the remainder of the sentence in the system of community corrections, according to the statement. 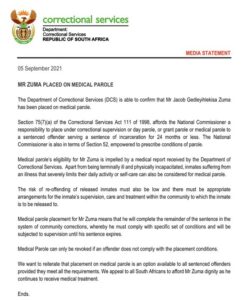 “He must comply with a specific set of conditions and will be subjected to supervision until his sentence expires.”

The Constitutional Court sentenced Zuma for contempt of court after he refused to testify before a commission investigatingcorruption during his 9 years in power.

Zuma has only spent two months of his 15-month-jail term.

Just In: Guinea President Alpha Conde Overthrown In A Coup