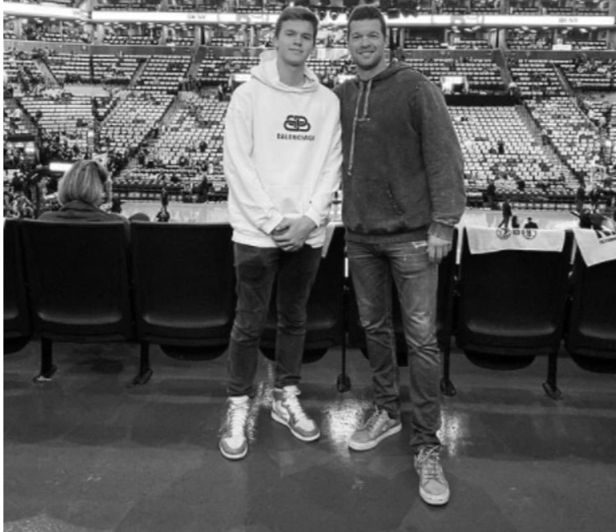 Tragedy as former Chelsea and Germany football legend Michael Ballack’s son Emilio, 18, is killed after his ‘quad bike tipped backwards and crushed him near one of his father’s homes in Portugal’

Emilio Ballack, the teenage son of former Germany and Chelsea midfielder Michael Ballack, has died after being crushed by a quad-bike near the family’s holiday home in Portugal, according to reports.

The 18-year-old was involved in the accident in the early hours of Thursday morning, where firefighters tried to rescue Emilio near the Villas do Mar estate.

According to Portuguese TV channel TVI24, the tragedy happened in Troia, a peninsular off the coast of Setubal just south of Lisbon, close to the house of Ballack, who retired as a professional footballer in 2012.

Firefighters who were among the emergency services sent to the scene were unable to confirm the dead man was Michael Ballack’s son today.

But they revealed the tragedy happened when the quad fell on top of the victim and crushed him on land at the estate where he was staying.

An officer based at Grandola near Troia said: ‘I know the dead man was the son of a well-known footballer but I don’t have details about who it was.

‘The accident happened at the family home. The quad rider wasn’t on a public road and his was the only vehicle involved.

‘The quad was on an uneven piece of land and at this stage it appears to have gone backwards and as it did fell on top of the victim and crushed him.’

The quad-bike was designed to be used on public roads.

Efforts to revive the youngster at the scene were unsuccessful and he was declared dead at the spot where the accident occurred.

GNR police based in Troia and paramedics were also mobilised. Trained counsellors are said to be helping the dead man’s family, who according to one of the emergency responders were in the house at the time.

The teenager’s body has been taken to the Institute of Forensic Medicine in the city of Santiago de Cacem south of the scene of the accident for a post-mortem.

Ballack has yet to make any official comment about this morning’s fatal accident.

Emilio is one of three children of Germany legend Ballack, who married long-term girlfriend Simone Lambe in 2008 before the couple divorced four years later.

He was born in 2002, a year after their eldest son, Louis, and was three years older than Ballack’s youngest, Jordi.

On July 25, Emilio’s older brother Louis took to Instagram to post about how ‘quads were flipped, ferries were missed, taste buds where explored and injuries were common’ along with pictures of a day him enjoying down downtime in Troia.