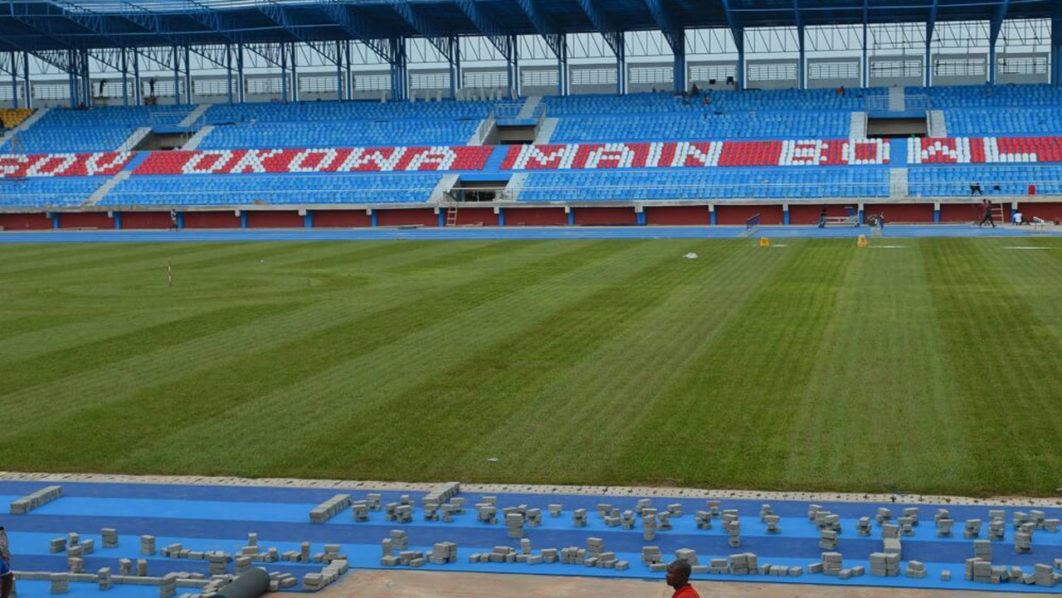 Pinnick said this at the Asaba International Airport, where Delta’s Gov. Ifeanyi Okowa received the Super Eagles on arrival from their 2019 AFCON Qualifier in Johannesburg against South Africa.

The News Agency of Nigeria (NAN) reports that the Super Eagles on Saturday drew 1-1 with the Bafana Bafana to qualify from Group E of the qualifiers for the 2019 AFCON in Cameroon.

The NFF president said it was “a thing of pride for the Super Eagles’’ to travel through the Asaba International Airport.

“When it was announced on Saturday that we are boarding and flying to Asaba, it gave me great joy. It shows that God rules supreme in Delta.

“We have qualified for AFCON and we are going to Cameroon to make great impact.

“On behalf of the NFF, I thank the governor and the good people of Delta for their show of enthusiasm since the Super Eagles came here.

“That stadium (the Stephen Keshi Stadium) is wonderful and the Super Eagles will beat Uganda in their friendly match, even as we know that the Ugandan team has also qualified for AFCON.

“I am therefore excited that FIFA has approved the Stephen Keshi Stadium for international football matches,” Pinnick said.

The governor, who was represented by his Chief of Staff, Tam Brisibe, said the Super Eagles’ flight from Johannesburg was the first international flight into the airport and it was “momentous’’

“This is momentous, bearing in mind that the flight successfully took the Super Eagles to South Africa and came back without hitches.

“It is more gratifying to note that the Super Eagles trained at the Stephen Keshi Stadium before leaving for South Africa through the Asaba Airport. They went to South Africa and qualified for Cameroon 2019.

“The principal thing was qualifying for Cameroon and by God’s grace, we have qualified for AFCON. We congratulate the Super Eagles for making Nigeria proud,” Okowa said.

Austin Ayomedejor, the airport’s Special Project Director, said the airport has been upgraded to a Category C Airport which allows it to take bigger planes.

“I feel excited, and we give God the glory for using the state governor to achieve this great feat.

“What is important is that we have been upgraded to a Category C airport, which allows bigger planes to land,” he said.