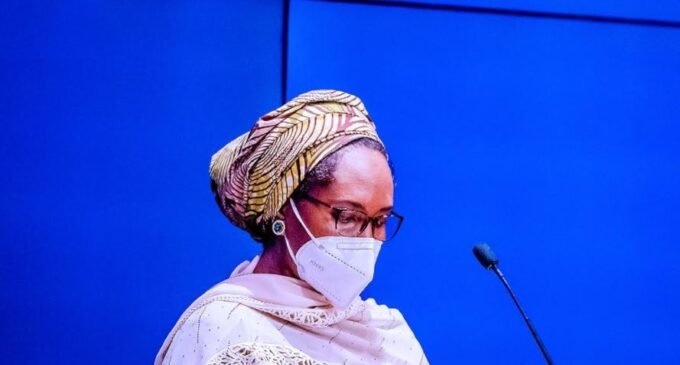 The Minister of Finance, Budget and Economic Planning, Hajia Zainab Ahmed, said in Abuja on Monday that the Federal Government had postponed the planned removal of subsidy on petroleum products till further notice.

Ahmed stated this at a meeting held at the National Assembly.

The meeting was convened at the instance of the President of the Senate, Ahmad Lawan.

It had in attendance the Minister of State for Petroleum Resources, Timipre Sylva and the Group Managing Director of the. NNPC Limited, Mele Kyari, among others.

The Finance Minister said the Federal Government initially had the plans to remove subsidy on petroleum products from July this year.

She said that was the reason adequate provision was made in the 2022 national budget for subsidy payment till June.

She said, “Provision was made in the 2022 budget for subsidy payment from January till June. That suggested that from July, there would be no subsidy.

”The provision was made sequel to the passage of the Petroleum Industry Act which indicated that all petroleum products would be deregulated.

“Sequel to the passage of the PIA, we went back to amend the fiscal framework to incorporate the subsidy removal.

“However, after the budget was passed, we had consultations with a number of stakeholders and it became clear that the timing was problematic.

“We discovered that practically, there is still heightened inflation and that the removal of subsidy would further worsen the situation and impose more difficulties on the citizenry.

“Mr. President (Muhammadu Buhari), does not want to do that. What we are now doing is to continue with the ongoing discussions and consultations in terms of putting in place a number of measures.

“One of these include the roll out of the refining capacities of the existing refineries and the new ones which would reduce amount of products that would be imported into the country.

“We therefore need to return to the National Assembly to now amend the budget and make additional provision for subsidy from July 22 to whatever period that we agreed was suitable for the commencement of the total removal.’’

The Senate President therefore urged the organised labour unions in the country to shelve their proposed nationwide protests as it was no longer necessary.

The meeting dissolved to a closed session and it was still ongoing as at the time of filing this report.